This Day in Water History recently reproduced a 1916 article from the Municipal Journal:


Three Sue City for Typhoid Deaths. Milwaukee, Wis.-Three suits brought against the city of Milwaukee as a result of the recent typhoid epidemic, have been filed in circuit court, by two men for the deaths of their sons, and by a woman for the death of her husband. They are for $10,000 each. The complainants claim that the victims contracted the disease from the use of lake water, alleged to be unfit to drink because of the sewage which is being constantly emptied into the lake. The suits charge negligence in allowing the water to become polluted and at the same time supplying it to drink. It is claimed that at various times during the last ten years the city officials have been notified of the condition of the water, but that no attention has been paid to the warnings.


The typhoid fever epidemic in Milwaukee was caused by a city employee turning off the chlorine disinfection system for about 10 hours. The epidemic resulted in 513 cases and 59 deaths from typhoid fever. As filtration and chlorination became more widely installed to protect water supplies, it became harder for cities to claim that contaminated water supplies were not responsible for typhoid fever deaths. The combination of engineers wanting to do the right thing and lawsuits resulted in an accelerated introduction of the new technologies. 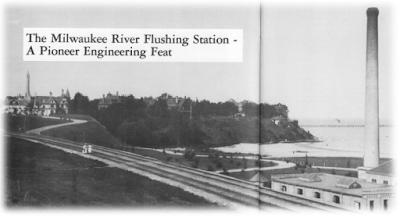