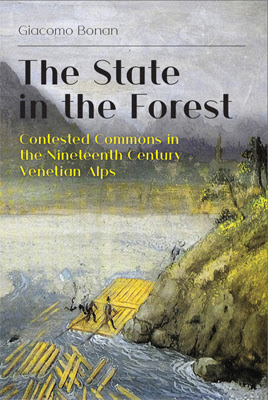 As summer bakes Jerusalem and flights are indefinitely suspended, thoughts of Italy's Cadore region, discussed in Giacomo Bonan's The State in the Forest: Contested Commons in the Nineteenth Century Venetian Alps (White Horse Press, 2019), are beguiling. (Bonan wrote an excellent paper, "Confronting Hardin: Trends and Approaches to the Commons in Historiography", for a collection I edited a couple of years ago.) ARO recently published a review by Richard Hölzl of the book; some excerpts:


At the center of Bonan’s book are the Alpine valleys of the Cadore, a region in the Eastern Italian Alps to the North of Venice and bordering on Alto Adige/South Tirol and Austria. The region came under the rule of the Serenissima of Venice in the early fifteenth century and remained so until its fall in 1797. After the brief but very important period of the Napoleonic Kingdom of Italy, it was part of the Habsburg Empire from 1815 to 1866, when the Veneto was annexed to the new Kingdom of Italy. Since the thirteenth century the families of the Cadore, constituted as the Community of the Cadore, organized the local forests and their exploitation as commons under a system known as regole. Regole initially meant regular decision-making at assemblies by the heads of the households of several Cadore villages, who also appointed officers to enforce regulations of communal life. With the increasing success of Venice as a maritime and commercial power, the forests of the Cadore became of importance to the Venetian economy, as they provided timber for shipbuilding and city extension. Timber entrepreneurs of the Cadore cooperated with Venetian merchants and established a vibrant business that also dominated the income and livelihoods of the local households of the Cadore. Timber trade provided decently paid labor for members of every household and subsidized food imports to the mountain valleys, which did not support much agriculture. It also resulted in considerable population growth before and after 1800. Moreover, it furthered the stratification of local society in wealthy timber entrepreneurs, established families who claimed access to and common ownership of forests, and a class of newcomers and landless without such benefits.

The Napoleonic Age brought fundamental changes to this system – changes, which lasted the better part of the nineteenth century and had the established families of the Cadore look back nostalgically on the seemingly good old times, when the regole system was intact and the timber trade supported communities and households well. The advent of modern forestry in the Napoleonic and Austrian period meant that regional and central administrative officers were tasked with supervising the felling process as well as introducing new cutting and conservation measures. The administrative elite in Venice adopted the new scholarship on forests which emerged out of France and Germany and attempted to implement it on Venetian territory.

The Cadore, however, is an interesting exception to the general trend to abolish and privatize the forest commons in the early nineteenth century. Rather than abolishing the commons, the successive administrations tried to modernize their administration by transferring the management from the regole and villages to larger municipalities and regional forest authorities, and by using the profits from the forest commons for road building and schools, rather than supplementing food import.

Read more »
Posted by David Schorr at 3:36 PM No comments:

The Historical Journal recently published James Greenhalgh's "The Control of Outdoor Advertising, Amenity, and Urban Governance in Britain, 1893–1962". The abstract: 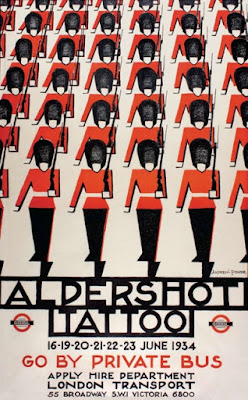 This article examines the control of outdoor advertising in Britain, tracking its development as a mirror of the practices of spatial governance. It evidences both a largely forgotten, yet radical change in the urban environment, whilst also functioning as a lens through which we might examine local government's role in driving change in the visual environment of cities and towns. The article argues that, despite important early work by preservationist organizations, local corporations and councils were the principal drivers of legislation, altering attitudes in central government that ultimately led to stringent control of outdoor advertising in urban space. Beginning in the nineteenth century, but coming to the fore during the interwar period, corporations and councils pushed for ever greater controls over the size and siting of billboards, hoardings, and posters. In doing so, they deployed a language of amenity, and conjured with seemingly social democratic notions of citizens’ rights to push their agenda. The study is thus revealing of the ways in which town planning, patterns of holistic control in the visual environment, and the philosophy of urban modernism shaped even the most mundane, extant urban areas and left a lasting impression on the urban landscape.

Posted by David Schorr at 8:23 PM No comments:

The US Library of Congress's online Herencia collection, containing royal decrees, papal bulls, legal opinions, judgments, and royal orders from Spain from the 15th through the 19th centuries, has recently been running a crowdsourcing project to review transcriptions of the historic documents.

Two collections that might interest readers of this blog are the collections of laws and statutes on agriculture, conservation, hunting, and fishing, and that on disease and public health law.

Posted by David Schorr at 12:26 PM No comments: