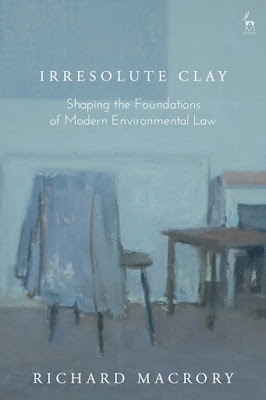 Chapter 3 deals with ‘the emergence of environmental lawyers’ in the UK, covering forerunners such as Professor Jack Garner, the Lawyers’ Ecology Group founded in 1972, and the inception of the UK Environmental Law Association (UKELA) in 1986. Having been involved in that process, it is always interesting to read about it, though how interesting generally to later practitioners may be questionable. The key point made is the undoubted development of environmental law ‘as a distinct and vibrant field’—the growth of UKELA reflecting that development. Macrory concludes that ‘the notion of both environmental law and environmental lawyers seems now to be fully embedded in our legal system.’ As in other areas, the possible weakness of the analysis maybe derive from the quite narrow focus of the author’s own personal journey, which does not really provide a full account of why and how environmental law came to achieve that position. In particular, a fuller analysis might have revealed quite a complex synergy between different areas of the law and different types of lawyers.

The strength of an organisation like UKELA has always been that it has drawn together lawyers from private practice, both as barristers and solicitors, lawyers working in house with industry, increasingly—and to be welcomed—lawyers working for environmental NGOs, lawyers within central and local government and agencies, as well as academics (and as Macrory points out, also many members from non-legal professions). The teaching and research in environmental law burgeoned in the late 1980s and 1990s, with many noted academics not mentioned in Macrory’s book—for example, Brian Jones and Michael Bowman working with Professor Garner in Nottingham; the engaging David Hughes at Leicester, who wrote one of the first student texts on the topic; the late Simon Ball at Sheffield, who wrote the other, later joined as co-author by Stuart Bell; Lakshman Guruswamy at Durham; Lynda Warren at Aberystwyth; and others. However, a relatively small cadre of academic lawyers would not have sustained the subject. What was also instrumental in the development of environmental law was that it became possible for people who had studied it to go on and get a job in that field and have the opportunity of making it their career. This occurred in the early 1990s because the major solicitors’ firms, and their clients, particularly US companies, began to regard environmental law as a necessary and even desirable practice area. New legislation such as the Environmental Protection Act 1990, and new EU Directives being transposed into UK law, meant that there was a need for advice on compliance. Perhaps even more important, from a commercial perspective, was the recognition of environmental risk—particularly the risk of liability for historically contaminated land—in transactions. These included loans, with very considerable interest and concern by the mainstream banking industry in such risks. The result was rapid growth in environmental departments in established London firms and the appointment of environmental lawyers as partners to head them, in some cases being appointed from an academic background. This provided strong support for the development of environmental law and the incubation of a future community of environmental lawyers and is a strong factor in it becoming an established practice area.

Posted by David Schorr at 3:44 PM No comments:

The origins of American environmentalism 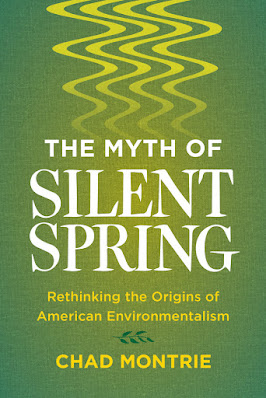 The upcoming issue of Environment and History has an interesting, extended review by Thomas Le Roux (translated from the original French review in Le mouvement social) of Chad Montrie's The Myth of Silent Spring: Rethinking the Origins of American Environmentalism (U Cal Press, 2018). According to the review, the book does not try to downplay the importance of Rachel Carson's Silent Spring, but rather to point out the rich history of environmentalism (and environmental regulation) long predating Carson's work, with sources in labor, public health, social justice, and other movements. An excerpt:

In the second half of the nineteenth century... local municipalities were pressed to provide public health services or access to drinking water. The fight against pollution was one of the main issues of the urbanising nineteenth century, and this is the subject of the second chapter, which exposes different types of action to protect urban environments between 1870 and 1945. In particular, women, industrial workers and racial minorities began to claim environmental justice. As unions organised, and within the context of a wider social movement during this period, the working and lower classes managed to have their voices heard in order to improve their living conditions in an insalubrious urban environment. Often pressured by radicals, socialists and reformers, a number of communities took action to address local injustices. For example, between 1897 and 1904, under the directives of the radical Mayor Jones, Toledo, Ohio inaugurated a municipal service for garbage collection, as did Milwaukee, Wisconsin, which was led by a socialist-leaning mayor after 1898. It is particularly interesting that environmental activists also found themselves fighting for better industrial hygiene to protect the health of factory workers. It is in this milieu that the socialist John R. Commons, who established several health and safety measures in Milwaukee, participated in creating the American Association for Labor Legislation. His work, alongside that of Professor Alice Hamilton, resulted in a more protective regime for industrial hygiene in Chicago and in the whole of the State of Illinois. In this urbanising world, the desire for nature was not only a privilege of the upper classes, but the contemporary push for segregation was such that numerous conflicts emerged regarding the use of forests, beaches or the rural surroundings of cities for a day’s relaxation. In the middle of natural spaces, unions and local communities created educational camps that focused on learning about natural environments for urbanites otherwise confined to their city districts or to their factories. These different actions diffused a renewed sentiment of the need for nature which was well-rooted prior to the second World War, and Montrie highlights that this need was reinforced with the federal program for conservation during the New Deal.

Dan Ernst strikes again with an amazing exam question for his legal history course, this time on public health law in the US (see here for an earlier one on grazing). Some excerpts from the essay:

The Wisconsin Supreme Court wrote in a 1909 decision, Milwaukee authorized its commissioner of health to “summarily abate nuisances of all kinds, destroy diseased or infected food, clothing, and other like articles, establish temporary hospitals in case of epidemics, and, in fine, to exercise very broad and autocratic powers in all matters relating to the conservation of the public health.”  Indeed, the commissioner’s power to act without a prior hearing or even notice “at times must trench closely upon despotic rule.”  But it could not be otherwise: “The public health cannot wait upon the slow processes of a legislative body or the leisurely deliberation of a court.  Executive boards or officers who can deal at once with the emergency under general principles laid down by the lawmaking body must exist if the public health is to be preserved in great cities.”

In People ex rel. Copcutt v. Board of Health (1893), decided by the New York Court of Appeals, a board of health did give the owner of a wood mill a hearing before declaring his ponds a public nuisance, because of the sewage that seeped into them.  When the millowner sought damages for the board-ordered destruction of the dams that created the ponds, a trial judge upheld the board’s action, but only after making his own determination that the ponds were public nuisances.  The Court of Appeals affirmed, but in the process emphasized the need for de novo review after the fact.  The board of health “could obtain its information from any source and in any way,” the court noted.  If such factual determinations were “final and conclusive,” it continued, “the citizen would in many cases hold his property subject to the judgments of men holding ephemeral positions in municipal bodies and boards of health, frequently uneducated and generally unfitted to discharge grave judicial functions.”  The court then approvingly quoted a treatise writer: “where the public authorities abate a nuisance under authority of a city ordinance ‘they are subject to the same perils and liabilities as an individual.’”

Posted by David Schorr at 2:40 PM No comments: