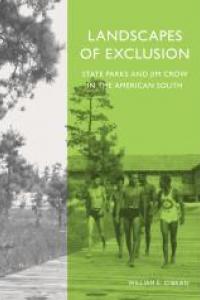 Advocates for wilderness recreation viewed national parks as a means to prevent black criminality. As early as the 1920s, officials argued that recreational areas and parks for African Americans would help to address stereotypical problems of crime and juvenile delinquency. In October 1925, while introducing a speaker at the Twelfth Recreation Congress in Asheville, North Carolina, Chairman Robert Lassiter stated that, “with proper attention to recreational facilities, they [African Americans] will make good citizens. Improper attention to that, and neglect and abuse of it, will make a criminal population” (p. 34). These assumptions about black criminality knew no color line. The following year, Ernest Attwell, director of the Parks and Recreation Association (PRA) Bureau of Colored Work and a Tuskegee Institute graduate, reiterated Lassiter’s views.

O’Brien’s book spans a period of time beginning with the origins of state park development in the 1930s to the turbulent civil rights era in the 1960s and relates how the development of state parks reflected the political and racial conflicts of these decades. Throughout, Landscapes of Exclusion emphasizes how local, state, and federal agencies adhered to what was called “customary” practices to justify using public funds to build and maintain segregated state parks. By the 1930s and 1940s, even as state park officials acknowledged African Americans’ need for state parks, Jim Crow laws and the hostility of white residents meant that most southern states refused to provide them.

After World War II, in the face of mounting challenges to segregation, southern states proposed a more expansive network of segregated parks for African Americans and the leasing of whites-only parks to private entities in an attempt to prevent integration. Despite these attempts to preserve Jim Crow, civil rights activists nonetheless persisted. In 1951, four African American beachgoers were denied entry into Seashore State Park on Cape Henry in Virginia. When attorneys from the National Association for the Advancement of Colored People (NAACP) filed a lawsuit, the Virginia Department of Conservation offered to build a park for African Americans near Seashore State Park with similar amenities. When the NAACP rejected this offer, they filed suit in Tate v. Department of Conservation.

At the same time, the NAACP filed another case, Lonesome v. Maxwell, in the summer of 1952 to desegregate Sandy Point State Park in Maryland. The park had separate facilities for African Americans and whites on the same grounds, “including segregated beaches and bathhouses.” After the eight plaintiffs were refused access to South Beach (for whites only), officials directed them to East Beach, “a virtually unusable area” reserved exclusively for the use of African Americans (p. 130). Initially, Judge Calvin Chestnut ruled in favor of the plaintiffs in 1953 but overturned the verdict one month later after the state improved the facilities at East Beach.

While both Lonesome and Tate were pending, the Supreme Court issued its ruling on Brown v. Board of Education, ruling that “separate but equal” was unconstitutional. Although the ruling focused on school segregation, its broader implications, including integrating parks and recreational facilities, soon became evident. With Judge Walter E. Hoffman finally set to hear the Tate case on April 26, 1955, Virginia officials anticipated an adverse ruling and attempted to lease the public park to a private entity to avoid desegregation. Judge Hoffman issued a temporary injunction on March 12, 1955, that barred any such leases until after the April court hearing.

The Fourth Circuit of Appeals forbade the state of Maryland from operating segregated parks in the Lonesome case. The outcome confirmed what Virginia’s segregationists feared would happen. Ultimately, Judge Hoffman ruled that Virginia must desegregate all state parks and could not avert this ruling through privatization. In response, Virginia governor Thomas B. Stanley defied the court’s ruling and ordered the closure of Seashore State Park for the 1955 season and refused to desegregate the rest of the state’s parks.

For reviews of a book on a related topic, African American beaches in the American South, see here.