The issue of private property in water is a well-studied one, but usually in the context of systems based on appropriative rights. This Day in Water History reproduces a 1915 article from the Municipal Journal (I'm assuming it's not an April Fools joke) that shows that riparian-rights systems, usually thought of as common-property regimes, could be raise the same privatization-related issues typically identified with appropriative systems - overuse, concentration, and demands for public control:


Boston, Mass.-That the state’s water resources are being gobbled up by private interests and that unless some change of policy is immediately instituted Massachusetts will have to face a water famine is brought to the attention of the legislature in a report on the conservation and utilization of waters by the state board of harbor and land commissioners. The amount of water power used by manufacturers has increased enormously in the last few years. For instance, proprietors of Locks and Canals in the city of Lowell consumed in 1912 about 11,620 horsepower, developed from the Merrimac river, according to statistics of the United States Bureau of Corporations. A survey in 1915 by the harbor and land commissions shows that these same Locks and Canals now use 29,911 horsepower. The water used and wasted by municipalities is also mentioned in the report. The commission urges that a definite plan be laid out by the state for the control and conservation of the water resources. The Merrimac river is capable of further development, according to United States Engineer C. C. Covert of the Geological Survey, who is quoted as saying that, although the most favorable opportunities for storage on the Merrimac are being utilized, there are still many unutilized reservoir sites available. The commission on harbors and public lands holds that unless the state within a reasonably short time asserts a definite policy of control, the waters in the rivers and natural streams, which belong to the people of the whole state will be devoted entirely to private uses. In contrast to the situation in Maine, New Hampshire, Vermont, New York and the province of Ontario, where a conservation program is now under way, nothing at all has been done in Massachusetts. The control which exists of the water resources is divided among four or five different bodies, no one of which has complete authority. In the year 1912 the United States Bureau of Corporations made a tabulation which showed that 130,620 horsepower was owned by the larger companies in Massachusetts. The harbor and land commissions, canvassing the same people, have discovered that within the three years the total horsepower developed has increased to 264,152, Massachusetts manufacturers are now paying nearly $26,000,000 a year for the purchase of fuel for power purposes. Intelligent plans to avoid freshet damages and to store water for irrigation are also urged. 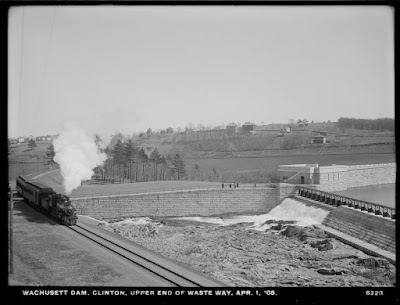