Two articles from Environmental Law's latest issue each compare the performance of two US federal agencies tasked with protecting wilderness, examining, among other factors, the legal and institutional history of the agencies.

Robert Glicksman's "Wilderness Management by the Multiple Use Agencies: What Makes the Forest Service and the Bureau of Land Management Different?" explains (461, notes omitted): 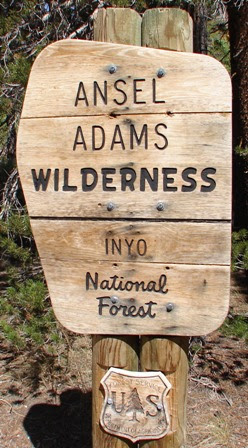 a commitment to preservation of wild lands is deeply rooted in the Forest Service’s history. The utilitarian philosophy to which Gifford Pinchot, the first Chief of the Forest Service, was committed “was basically antithetical to the views of John Muir and other wilderness advocates.” Soon after Pinchot’s departure in 1910, however, interest within the agency in preserving national forest lands surfaced, and agency scientists in the ensuing two decades criticized the significant expansion of the national forest road system, calling for permanent protection of wilderness regions of the forests. In 1919, Arthur Carhart, a landscape architect employed by the Forest Service, persuaded the agency’s office in Denver to halt development that threatened the scenic beauty of Trapper Lake in the White River National Forest. During the 1920s, Carhart and another Forest Service employee, Aldo Leopold, began pressing for the creation of national forest wilderness areas. In 1924, the Forest Service established the Gila Primitive Area, “the first formally protected wilderness in the United States, perhaps in the world,” and the establishment of five more such areas followed shortly thereafter.

Regulations in the 1920s and '30s led to the designation of over 9 million acres of wilderness by the forest service before the adoption of the Wilderness Act in 1964. The BLM, on the other hand, followed a different path (462):


Until Congress enacted the BLM’s organic act, FLPMA, in 1976, the agency’s traditional mission involved transferring land to private interests and facilitating resource extraction. As Michael Blumm explained, “Congress considered BLM lands temporary public lands—soon to be sold or granted to private owners. Thus, designating wilderness on BLM lands made little sense until the federal policy of disposition changed.” It was not until FLPMA’s adoption that Congress settled on a policy that “the public lands be retained in Federal ownership” and that those lands “be managed in a manner that will protect the quality of scenic, scientific, historical, ecological, [and] environmental . . . values,” and “that, where appropriate will preserve and protect certain public lands in their natural condition. . . .”


Some of the earliest and best known champions of the National Park System, such as John Muir, were among the first to espouse the value of preserving wild areas across the federal land holdings. In 1888, Muir wrote, “Only by going alone in silence, without baggage, can one truly get into the heart of the wilderness. All other travel is mere dust and hotels and baggage and chatter.” Muir’s expositions helped motivate Congress to declare Yosemite a National Park in 1890. Nearly 100 years later, Congress, in apparent agreement with Muir, designated 94% of Yosemite as wilderness.

NPS officials, on the other hand, were not terribly excited about wilderness preservation. Although by 1920 Stephen Mather, NPS’s first director, admitted that parts of both Yosemite and Yellowstone “should be maintained as a wilderness” and “wholly undeveloped,” he enthusiastically supported increasing visitor access throughout the Park System. Mather, a former marketing director and owner of the detergent-mining company Borax, was determined to fulfill Interior Secretary Franklin Lane’s vision of making the parks a “national playground.” Capitalizing on the nation’s newfound love for automobiles was, in Mather’s mind, the key to ensuring continued political and financial support for the system. This required roads, lodges, and other visitor facilities—lots of them. According to Robert Keiter, “[i]n a few short years, the early parks were literally transformed in appearance,” but the park superintendents called for even more roads and hotels, lest parks be left as “mere[] [] wilderness.” On nearly all fronts, the Park Service sought not only to control but to subdue nature by fighting wildfires, eradicating wolves and other predators, corralling bison and baiting bears for the visitors’ viewing pleasure, all in order to provide a more entertaining and less threatening recreational experience. As NPS historian Richard West Sellars notes, “more than anything else, park development simulated resort development.”

The result of NPS's attitude is striking:

Although wilderness designations are now found throughout the Park System, there are some notable exceptions. Three of the most iconic National Parks—Yellowstone, Glacier, and Grand Canyon—have no designated wilderness areas within them.