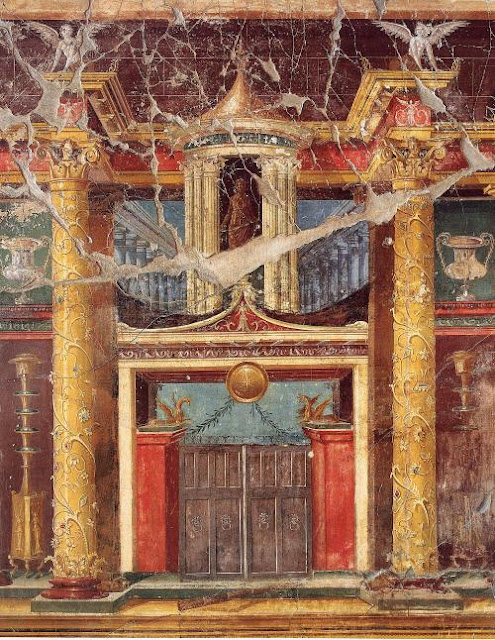 I've often expressed impatience with the throwaway references to Justinian (often misconstrued as an adjective!) that are so ubiquitous in discussions of the public trust doctrine. Now comes Bruce Frier's review of Domenico Dursi's Res Communes Omnium. Dalle necessità economiche alla disciplina giuridica (Jovene, 2017) to make some order for those of us for whom Roman law is something of an enigma. Frier writes, explaining his own view (I'm omitting most citations and footnotes):


By the Late [Roman] Republic, the general idea of res communes was already well known in Roman culture. Plautus’ comic play Rudens, thought to date from c.190 B.C., features a fisherman (his occupation is important!) proclaiming that “the sea is unquestionably common to all persons” (mare quidem commune certost omnibus) in a longer speech that emphasizes fish as belonging to their captor.... [T]he concept becomes much more familiar in Latin sources from the Late Republic and Early Empire. Forms of common property are most often the air and the sea, but Cicero adds in the seashore (litus) as well. Although the familiar idea of common property was further elaborated in Early Imperial poetic or Stoic theories on the origin and development of human culture, there is no sign that these theories had any pronounced influence on the law; certainly they lead to no demonstrable legal conclusions.

By the Late Republic, a second cultural element had emerged: a widespread and often expressed disquiet about the startling proliferation of villas along the coast of central Italy and the Bay of Naples.... The architects of these villas, capitalizing on recently-discovered hydraulic concrete, often put down substructures extending beyond the shore and out into the sea — a phenomenon quite commonly referred to in legal texts, and one of particular concern to poets such as Horace who perceived the structures as morally hubristic. More exciting, however, is the discovery that not a few of the maritime villas incorporate fishponds so large that they were plainly intended to produce fresh fish not just for the villa, but for local markets.... [T]hese fishponds may well have brought the villa-owners into direct confrontation with more humble local fishers.

Hartog on property in land and water

As part of his stint as a guest blogger at Legal History Blog, Dirk Hartog recently blogged about his own early work on waterfront development in New York City and his encounter with Debjani Bhattacharyya’s Empire and Ecology in the Bengal Delta: The Making of Calcutta. Some excerpts, followed by a quibble of mine:

I spent many hours reading and rereading those waterlot deeds [granted by the eighteenth century Corporation of the City of New York]. I wrote many pages that unpacked much of the arcane property law doctrine that waterlot grants incorporated. In the end, I managed to put together what at the time felt to me like a satisfying portrait of how a waterlot grant exemplified early modern governance. I argued that corporate leaders were solving a fundamental problem of the time: about how to achieve necessary public purposes — like building wharves and docks for a seafaring city and also street construction and cleaning —without either a municipal workforce or a capacity to levy taxes. By exchanging waterlots for services and development by individual proprietors, the corporation enlarged the borders of the city, and it laid the foundation for what would become a global port, a world city.

In those days, I relentlessly situated those waterlot grants within the history of the corporation, implicitly situating the “municipal corporation” of New York City within the history of the business corporation. My attention was always focused on the public-private split, and little else. Which is not really surprising, given how much attention the public-private split held at that time in what I was reading, in the contemporary and argumentative field of legal history.

Read more »
Posted by David Schorr at 2:24 PM No comments: