Lessons from tobacco for the future of climate change liability

The law surrounding the health effects of tobacco are an important precedent for many environmental law issues (see here and here). Now Martin Olszynski, Sharon Mascher, and Meinhard Doelle recently posted "From Smokes to Smokestacks: Lessons from Tobacco for the Future of Climate Change Liability". The abstract:


In this article, we imagine a future Canada (circa 2030) wherein the world has managed to avoid the worst climate change but nevertheless has begun to experience considerable warming. Governments of all levels, but especially provincial ones, are incurring unprecedented costs to mitigate the effects of climate change and to adapt to new and uncertain climatic regimes. We then consider how legislatures might respond to these challenges. In our view, the answer may lie in the unprecedented story of tobacco liability, and especially the promulgation in the late 1990s of provincial legislation specifically designed to enable provinces to recover the public healthcare costs of tobacco-related disease. Although comparisons between the tobacco industry and the fossil-fuel industry are increasingly common, this article is the first to consider the legally-relevant differences and similarities between these two contexts in detail. It also sets out the main elements of a potential Climate Change Damages and Adaptation Costs Recovery Act. As will be seen, the design of such legislation engages several complex legal issues, implicating not only tort doctrine but also questions of legislative competence and private international law. Nevertheless, our initial assessment is that such legislation is both likely and feasible. Our analysis focuses primarily on Canadian law but should also be relevant to other jurisdictions that are increasingly grappling with the costs of climate change mitigation and adaptation. 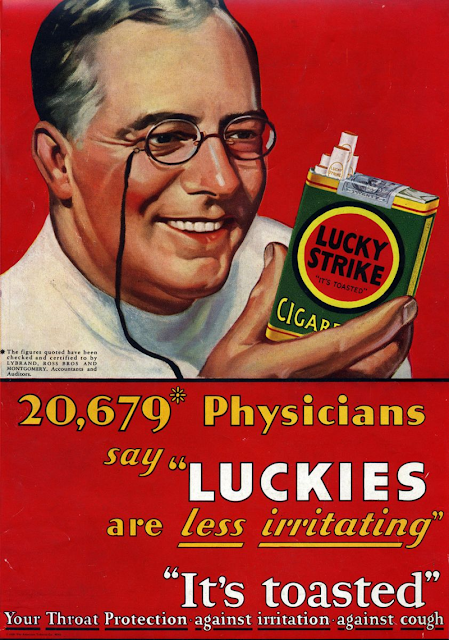 Posted by David Schorr at 10:42 AM No comments:

A little while back Resources for the Future posted a paper by H. Spencer Banzhaf on the history of an economic idea with major implications for the way environmental law plays out (particularly when cost-benefit analysis is involved), "The Environmental Turn in Natural Resource Economics: John Krutilla and 'Conservation Reconsidered'". The abstract:


Environmentalism in the United States historically has been divided into its utilitarian and preservationist impulses, represented by Gifford Pinchot and John Muir, respectively. Pinchot advocated conservation of natural resources to be used for human purposes; Muir advocated protection from humans, for nature’s own sake. In the first half of the twentieth century, natural resource economics was firmly on Pinchot's side of that schism. That position began to change as the postwar environmental movement gained momentum. In particular, John Krutilla, an economist at Resources for the Future, pushed economics to the point where it could embrace Muir’s vision as well as Pinchot’s. Krutilla argued that if humans preferred a preserved state to a developed one, then such preferences were every bit as "economic"—either way, opportunity costs exist and economic choices must be made.

Posted by David Schorr at 10:14 PM No comments:

A history of the EPA

The EPA Alumni Association recently published online Protecting the Environment: A Half Century of Progress. There's an Overview, as well as seven reports on topics such as air pollution, water pollution, toxic substances, and so on. From the introduction:


Over the past half century, our country has made enormous strides improving the environment. The laws that were passed to protect the environment and the public policy decisions that were made have yielded substantial progress. The air is demonstrably cleaner, our waterways are getting cleaner, our drinking water is safer, there are lower levels of exposure to toxic chemicals affecting people and wildlife than would have occurred, toxic waste sites are being cleaned up, and millions of acres of the most scenic and valuable parts of our country’s landscape — parks, wilderness areas, and wildlife refuges — are being protected.

None of this has come easily. There have frequently been significant costs. The decision-making process has often been protracted — sometimes by lengthy litigation. Still the progress is undeniable.

This progress is a result of laws that Congress passed and federal, state, tribal, and local agencies implemented. It is a result of investments of government and private sector dollars and the hard work of many communities, companies, and citizens across the land. They have reduced their environmental footprint and improved the way they do business and live their lives. It is the result of technological and policy innovations and the entrepreneurial spirit built into the DNA of the American people. Most of all, it is the result of Americans’ ongoing support for clean air and water, as we recognize that protection of public health and the environment benefits millions of our fellow citizens.

It is essential to understand this history and the lessons and insights learned if we as a country are to tackle some of today’s formidable challenges, such as: 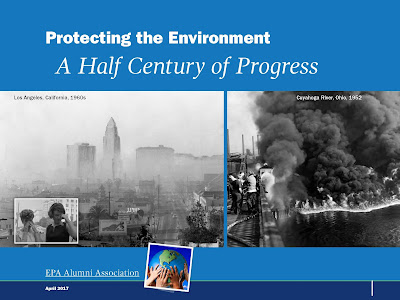 Posted by David Schorr at 8:41 PM No comments:

Angela Fernandez recently published a review of Robert Deal's The Law of the Whale Hunt: Dispute Resolution, Property Law, and American Whalers, 1780-1880 (Cambridge UP, 2016) at JOTWELL. There's a lot here--on the environmental background of law, on efficiency and fairness, on the relation between law on the books and law in action, and more. Some highlights: 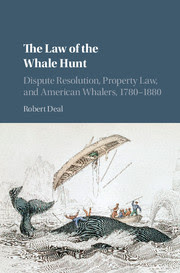 Cooperation was also important not just to the survival but also the success of a voyage. Captains were expected to help, or at least not deliberately mislead, one another about issues like weather conditions and where whales were located. When times were good and there were plenty of whales, this fact alone would greatly reduce an incentive for captains to engage in protracted and highly confrontational dispute over any particular whale. In most cases it was better to quickly agree to go halves, or some other proportion that seemed fair in the circumstances given the efforts each had invested, and move on to chasing other whales. When the catch was not going as well, as whale stocks became depleted and whalers had to go deeper into the ocean to pursue them and in more unfamiliar waters, one whale might make the difference between a voyage that was economically viable and one that was not. Deal points out that some of the litigated cases arose during lean times. The problem is that “[m]any – indeed the vast majority – of bad seasons did not send whalemen to the courtroom.” (P. 143.) And the dispute in one of the cases that Deal discusses at length, Taber v. Jenny, happened in 1852, a year that “may well have been the most successful season in the history of the Okhotsk fishery.” (P. 139.)

So what kept whaling disputes out of the courts? Deal insists it was not (contra Melville and legal scholars such as Robert Ellickson) because industry participants had a very firm and settled sense of what the rules or customs were for settling disputes. Deal argues that captains used a jumble of different competing ideas, rules, norms, and customs, including personal ethics, to decide how to negotiate situations of conflict. He concludes that captains must have wanted it that way, “prefer[ing] to operate on the basis of vague standards rather than clear rules.” (P. 162.) And while we are often told by law and economics scholars that flexibility will lead to conflict and more litigation, on the contrary, in this case at least: the “muddy standards” of the whalemen “were remarkably successful at avoiding [both] violent disputes and litigation.” (P. 163....)