Legal history of the Scheldt

Otto Vervaart's Rechtsgeschiedenis Blog recently posted on "The Schelde river, a disputed boundary", examining, among other sites, the Scheldt River Collection of the Peace Palace Library. Vervaart gives some background (the river is called Schelde in Dutch and Escaut in French):


The navigation on the Schelde had been already an issue long before the Belgian independence in 1839. During the Dutch Revolt in the sixteenth century the blockade of the Schelde massively damaged the trade to and from Antwerp, and prompted many Flemish merchants to go to the North. Amsterdam’s growth in economic power around 1600 is to a substantial degree due to an influx of merchants from Flanders, their talents and networks. However, this period does not come into view in the digital collection. The Peace Palace Library has digitized books from its own collection. Apparently fifteen works from 1784 and 1785 are the earliest available. Among these works is a treatise by someone more famous for his role in French history. Honoré Gabriel de Riqueti, comte de Mirabeau (1749-1791) published a treatise with the title Doutes sur la liberté de l’Escaut, réclamée par l’empereur; sur les causes & sur les conséquences probables de cette réclamation (London 1785). It was this work that brought Mirabeau to the attention of the general public in France. The Peace Palace Library digitized also a contemporary Dutch translation of this treatise. Some of the digitized publications discuss the role of the Schelde in Dutch and Belgian history starting with the medieval period, for example Charles Terlinden’s study ‘The History of the Scheldt’, History 4 (1920) 185-197, 5 (1921) 1-10, which sparked immediately a reaction from a Dutch historian, F. de Bas, ‘Another version of the Scheldt history’, History 5 (1921) 159-170.

The rivalry between the Dutch North and the Flemish South has not been the only cause for conflicts. The Dutch neutrality during the First World War made matters even more acute. After the First World War the attempts at a new treaty about the Schelde and the proposals to build a canal between the Schelde and the Rhine-Meuse estuary failed in the end in 1927 after heated national debates. More than one hundred publications in the digital collection bear witness to this prolonged affair. Legal historians, too, looked at the Scheldt question. The digital collection contains two publications by Ernest Nys, ‘Les fleuves internationaux traversant plusieurs territoires : l’Escaut en droit des gens’, Revue de droit international et de législation comparée 5 (1903) 517-537 (1903), and L’Escaut en temps de guerre (Brussels 1910). In 1940 Eduard Maurits Meijers published his study ‘Des graven stroom’, Mededelingen van de Koninklijke Nederlandse Akademie der Wetenschappen, Afdeling Letterkunde, new series, 3/4, pp. 103-205, in which he traced the medieval claims and jurisdictions on the several branches of the Schelde. Meijers thoughtfully added transcriptions of the main documents he discussed. In 1953 Chris van der Klaauw, between 1977 and 1981 the Dutch minister of foreign affairs, defended his Ph.D. thesis in history about the interwar relations between the Netherlands and Belgium [Politieke betrekkingen tussen Nederland en België, 1919-1939 (Leiden 1953)].

Posted by David Schorr at 3:31 PM No comments:

Administrative expertise in the UK 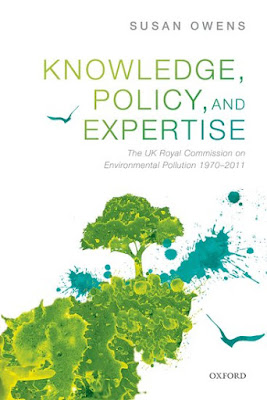 The latest Journal of Environmental Law has a review essay by Elizabeth Fisher, "The Enigma of Expertise", reviewing Knowledge, Policy and Expertise: The UK Royal Commission on Environmental Pollution 1970–2011, by Susan Owens (OUP, 2015). Some of the historical background in the article (with footnotes omitted and links added):


Within UK administrative law and public administration there has always been scepticism of attempts at bureaucratic rationalisation. Public administration in most jurisdictions grew in a haphazard fashion but in the UK particularly so. The reasons for this are many and overlapping. The lack of a vigorous doctrine of separation of powers and thus a fused constitutional and administrative law is one factor. The failed ‘Prussian bureaucratic’ experiments of Edwin Chadwick in the 19th century another. As is the ideal of the generalist civil service as promoted by the Northcote Trevelyan Report in 1870. Administrative law took far longer in the UK to be recognised and when it did the American administrative lawyer, Kenneth Culp Davis accused British judges of being too much like ‘bricklayers’ and not enough like ‘architects’. He also noted that ‘the essence of the administrative process is missing from the literature of English administrative law’. It is also useful to remember that Lord Diplock’s articulation of the three grounds of judicial review was an act of codification not rationalisation. As Kamenka has put it, the common law also has traditionally had an ‘anti-administrative character’....

Throughout the 19th century, there was a ‘piecemeal accumulation of expertise’ in British government. By the 1920s, the need for expert public administration was becoming obvious. A major catalyst for this need was World War I as it made clear the nexus between knowledge and power. Recognising that nexus did not however result in a rose tinted understanding of expertise. ‘The expert is a notoriously bad judge’ ECS Wade wrote in 1930 (judges on the contrary were of course good at judging). Lord Hewart in 1930 wrote that expert officials were ‘naturally and necessarily hidden and anonymous’ so that they could not be examined or ‘brought to book’. Zimmern noted that ‘the solution worked out by Expert Committees are not edicts imposed by an omniscient dictatorship’.

Read more »
Posted by David Schorr at 2:31 PM No comments: 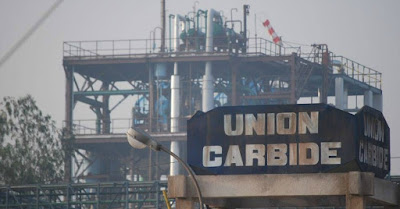 Mitra Sharafi recently posted on the digital archive created by her and others at the University of Wisconsin on the 1984 Bhopal disaster in which lethal gas leaked from the local Union Carbide plant and killed 15,000 to 25,000 people. The archive is centered on documents collected by legal scholar Marc Galanter, who was involved in civil litigation against the company. The archive explains the basic legal chronology:


Bhopal is frequently referred to as the world’s worst industrial disaster. The leak followed a period of reduced maintenance and neglect of safety systems at the plant.

The arrival in Bhopal of American lawyers led to the filing of hundreds of lawsuits against the American parent company, Union Carbide Corporation (UCC), in the United States. The Indian Parliament passed the Bhopal Act, designating the Government of India (GOI) as the exclusive representative of the victims. The GOI brought filed suit in US federal court on April 8, 1985. The many American cases were consolidated for pre-trial proceedings in the federal district court for the Southern District of New York. The case was assigned (by lot) to Judge John F. Keenan, at the time a relatively junior judge. Union Carbide moved to dismiss on grounds of forum non conveniens—i.e., that the case could more appropriately be tried in India.

The Court allowed discovery on matters limited to the question of where the case should proceed. The parties submitted briefs and supporting material and presented oral arguments. Judge Keenan granted the defendant’s motion to dismiss subject to some conditions, which Union Carbide accepted after modification by the Court of Appeals.

The case was re-filed in India in the District Court in Bhopal on Sep. 5, 1986. On Dec. 17, 1987, that court ordered preliminary compensation of Rs. 350 crores (then equal to about 25 million dollars). Union Carbide appealed to the High Court of Madhya Pradesh, which affirmed the order for preliminary relief, with modifications, reducing the amount of Rs. 250 crores. UCC then appealed to the Supreme Court of India. In February 1987, while the appeal was pending in the Supreme Court, UCC and the GOI reached a settlement, under which UCC paid the Government of India $480 million in dollars.

The GOI set up tribunals to determine the compensation to be paid to claimants. The tribunal process extended over more than 15 years. Because the value of the Indian rupee fell from roughly 13 to the dollar in 1987 to 45 to the dollar in 2004, the GOI ended up having a considerable residue (over $300 million) after paying the victims. In 2004 the Supreme Court ordered the remaining funds to be paid out pro rata to all those who had been compensated.

Many in India remain convinced that the culprits were let off too easily in light of the comparatively low damages payment and the absence of UCC’s chairman, Warren Anderson, from the trial that convicted his Indian subordinates.

Posted by David Schorr at 12:45 PM No comments:

The second post by Paul Babie on Magna Carta and the Forest Charter (the first post is here):
At the outset of Part I, and of my article, quite intentionally, but without comment, I placed the image of a medieval forest; it is a visual representation of lands as they might have been at the time of Magna Carta. It captures, at least partially, Magna Carta’s legacy for property centered, one way or another, in the individualist-absolutist story.

We have heard this individualist-absolutist story told repeatedly, over a very long time: property as choice structured to suit the interests and preferences of the individual, with that power of choice and control protected against all others, including the sovereign. It has become, more than anything else, a metaphor for the liberal conception of property; the same conception that the Supreme Court adverts to and relies upon again and again, just as Chief Justice Roberts did most recently in Horne. The image of the medieval forest represents, visually, that metaphor. While romantic, that image is misleading and false.

The metaphor of Magna Carta as individualist-absolutist property misleads and is false because it represents only half the story—the other half is told by the Great Charter’s lost sister, the Forest Charter. Without the Forest Charter’s story, a necessary dimension of the freedom and liberty of property—the obligation towards others and towards the community—is neglected. The Forest Charter forces us to find a new metaphor, one that represents the dual stories of property as both individualist-absolutist and as community-obligation. This Section suggests replacing the metaphor in the form of an image that would have been very familiar to Kings John and Henry III, to the barons who forced their hand, and to most other people alive at the time that those kings set their seals upon Magna Carta and the Forest Charter: it is the image of the Green Man.

Read more »
Posted by David Schorr at 1:43 PM No comments: