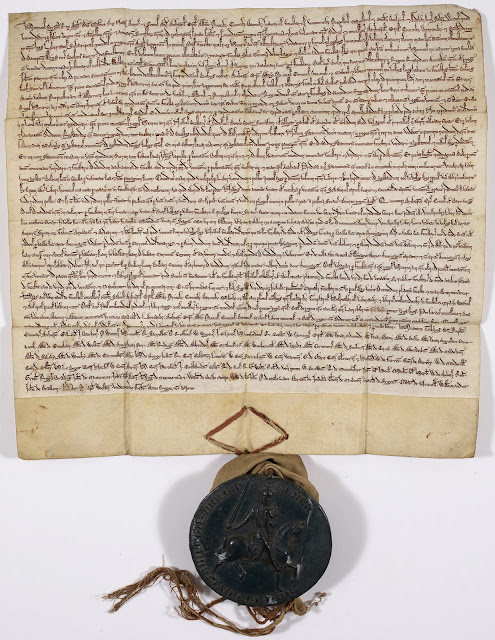 The always vigilant Rechtsgeschiedenis Blog recently posted on the Oxford Libguide on English legal history, noting that it surprisingly has a prominent section on Forest Law. The guide explains the subject:

Generally used to designate the legal regime following the Norman conquest (or at least from temp Henry I 1100): "... the subjection of ... vast tracts of forest land to an alien and oppressive "forest law" protecting the royal hunt" ...[ Baker, Introduction to English Legal History (4th edn 2002), 12[

It raised considerable problems of rights of ownership: for example, it was possible to be the legal owner of land within the designated area of a forest, and yet not be able to "harvest" its produce, either by hunting wild game or felling timber.

Already such a source of grievance to be the subject of clauses in the first attempt to limit the royal power of King John, by 1217 had become the subject of a separate Charter (of the Forest). The arrival of this shorter charter was what lead to the Magna Carta being so called.

The forest law was maintained by specific officers (such as wardens, verderers, and foresters) and with two principal courts hearing charges of breach of the laws, the courts of attachment and the forest eyres.

Among the online resources noted by the guide are John Manwood's [apparently his real name] 1598 Treatise and Discourse on the Lawes of the Forest [the 1717 edition is here], Jane Winters's essay on Forest Law, and the above image of the 1225 Forest Charter granted by Henry III, one of three surviving originals.

For more on British forest law, see here.
Posted by David Schorr at 9:32 AM