Environmental law in Rome and beyond

For the Italian speakers among you (courtesy of the ESCLH blog): The Laboratory of Legal and Economic History at Università degli Studi "Magna Graecia" in Catanzaro will be holding a conference on "The environment between law and economics: a long journey from the Roman world to the contemporary age" on 3-4 December 2021. The program and links for remote participation are below and on the website Storia del diritto medievale e moderno. 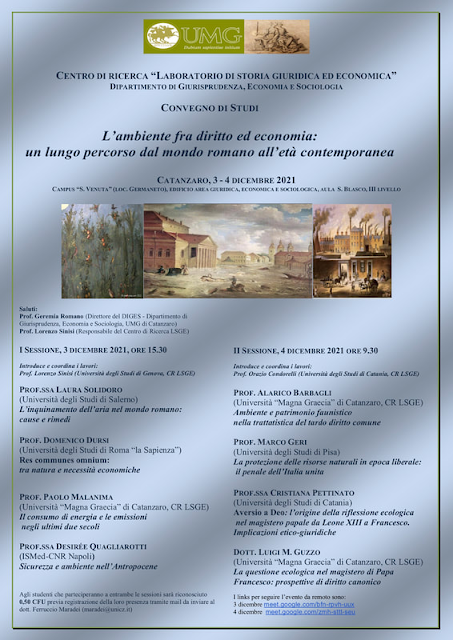 Posted by David Schorr at 3:36 PM No comments:

The various reasons for killing wolves

The journal Environment and History just posted an article by Kristiaan Dillen, "The Various Reasons for Killing Wolves in the Fifteenth-Century Liberty of Bruges". The abstract:

In the fifteenth-century Liberty of Bruges, a rural castellany in the county of Flanders, a bounty system was established to promote the elimination of wolves. Prize money made the wolf not only an unwanted but also an actively tracked animal, a combination that resulted in its wholescale slaughter. Researchers who have previously examined these bounties believed that they were primarily part of a system of pest control. They did not realise, however, that the inhabitants who came forward to claim the bounty killed wolves not to clear the Liberty of Bruges of vermin but for entirely different reasons, which depended on the context in which encounters with wolves occurred. In this text, I use the records concerning the bounty system established by the Liberty of Bruges to understand the complex relationships between humans and wolves in this fifteenth-century castellany. I first introduce the long series of records; thereafter, I attempt to identify reasons for killing wolves in the Liberty of Bruges and the contexts in which such killings occurred.

Was the establishment of the bounty system indeed a sign that the wolf was not wanted? Judging from the long series of data from the accounts of the Liberty of Bruges, we can conclude that killing a wolf often also meant the opposite, as doing so signalled noble status and provided additional income. Thus, it is not entirely correct to regard the slaughter of wolves merely as a form of pest control or, as it is referred to today, a type of ‘management hunt’. Wolves were unwanted but ostensibly respected. In contrast to the attitudes towards other animals, such as crows or pigs, which were kept out of fields or cities by means of a system of fines, not bounties, people’s behaviour towards wolves was not regulated and corrected.

Posted by David Schorr at 4:44 PM No comments:

Water as a common good

The indefatigable Patrick O'Donnell recently posted "Water as a Natural Resource, Common Good, and Commodity: A Basic Bibliography". This bibliography is one of many on topics of interest to readers of this blog, such as his bibliography on "Red and Green". 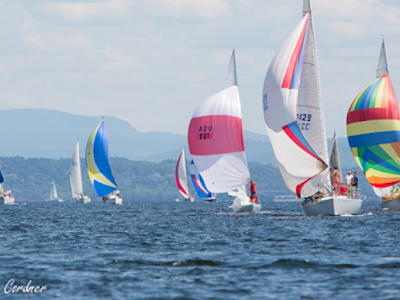