Yesterday's This Day in Water History brings reports of two environmental lawsuits from the Municipal Journal of a century ago:

Three Sue City for Typhoid Deaths. Milwaukee, Wis.-Three suits brought against the city of Milwaukee as a result of the recent typhoid epidemic, have been filed in circuit court, by two men for the deaths of their sons, and by a woman for the death of her husband. They are for $10,000 each. The complainants claim that the victims contracted the disease from the use of lake water, alleged to be unfit to drink because of the sewage which is being constantly emptied into the lake. The suits charge negligence in allowing the water to become polluted and at the same time supplying it to drink. It is claimed that at various times during the last ten years the city officials have been notified of the condition of the water, but that no attention has been paid to the warnings.

City Wins Reservoir Damage Suit. Fort Worth, Tex.-The second court of civil appeals has reversed and remanded the reservoir damage case against the city of Fort Worth, in which a jury in the sixty-seventh district court had awarded the plaintiff $39,867.88 for damage to her land flooded by the backwaters of Lake Worth and alleged damage to adjoining uplands. This is the first of four big reservoir damage suits that have gone against the city under the present administration to be submitted to the higher court. It was appealed on the grounds that the court erred in admitting certain testimony and of misconduct of the jury in considering matter that was not in evidence. The jury awarded $75 an acre for 361 acres of lowlands and $9 an acre for 839 acres of uplands. City witnesses appraised the lowlands at from $35 to $50 an acre and testified the uplands were not damaged. By the reversal the city also saves the interest on $39,867.88 from April 28, 1915. 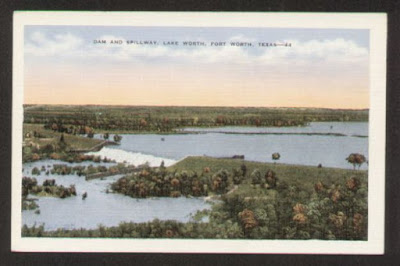