How technological solutions changed the perception of environmental harm and law

Victor Flatt recently posted an interesting paper on the recent history of technology standards, "Technology Wags the Law: How Technological Solutions Changed the Perception of Environmental Harm and Law". Some excerpts:


The United States... passed landmark laws in the early 1970s that would eventually become the model for environmental legislation worldwide. In addition to carving out strong protections for health and the environment, these laws for the first time supported these goals with direct technological controls on pollution sources. For instance, in addition to requiring that the entire country was to reduce ambient pollution levels to a point at which public health would not be harmed, the 1970 Clean Air Act required new and modified sources of air pollution to install the ‘best pollution control’ that had been ‘adequately demonstrated’. The 1972 Amendments to the Clean Water Act, in addition to enshrining a goal of increased water quality for health and the environment, directed the EPA to set technology-based limits for pollutant discharges from existing industrial point sources. While technological requirements in these federal laws had their critics, the conventional story is that these controls were the first really successful method of reversing pollution in the United States and moving the country towards meeting its public health and environmental goals. 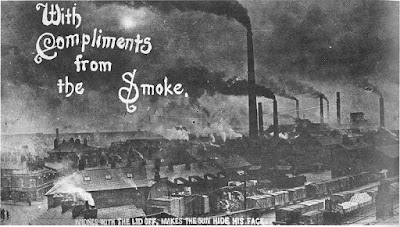 Why the United States finally embraced specific technologically related requirements to reach its public health and environmental goals at this time has many plausible answers. One explanation involves the popular view of technology at the time as a savior providing benefits to humanity.

These technological standards for reaching newly strengthened environmental goals soon proved to be much better tools at actually reducing pollution in some realms than the exhortation model that had preceded them. Instances in which Congress had not specified technological standards in new stronger pollution laws, such as with toxic pollutants in the air and water, continued to show little progress. For toxic pollutants in the Clean Water Act, which include carcinogens, Congress was unwilling in 1972 to abandon the health-based regulatory program for a technological standard, but it did put the onus on the EPA rather than the states to implement the scheme. The legislature mandated that the Agency set standards that would provide an ‘ample margin of safety’ to protect public health, which, like water quality standards, required the regulators to try to make a detailed inquiry into the risks posed by a pollutant in a water body to declare a ‘safe’ level. That inquiry proved far too complex to be implemented in a timely fashion, and, after five years, the EPA had only proposed ‘ample margin of safety’ standards for nine toxic water pollutants, and had finalized none. Consequently, with the 1977 Amendments to the Clean Water Act, Congress required the EPA to establish technology-based ‘Best Available Technology’ standards for existing sources of toxic pollutants. Similarly, in the Clean Air Act, the spectacular failure of the EPA to control toxic air pollutants after 20 years, prompted the last big technological requirements in US environmental laws, namely, the Maximum Achievable Control Technology (MACT) requirements for Hazardous Air Pollutants in the 1990 Clean Air Act Amendments.

Much of the rest of the world followed the United States model of technological solutions. In the United Kingdom, there was the ‘best practicable means’ (BPM) standard, and, by 1990, the European Union had adopted the model of ‘best available techniques not entailing excessive costs’. However, beginning in the 1980s, Europe also charted its own path on pollution control, focusing more on risk regulation and less on absolute standards. While many associate this development with the EU being more protective against environmental harms, the technological mandates in the United States in fact often exceed those of the EU. Europe has never moved to completely ambient-based pollution standards, but it is fair to say that technology is less revered there than in the United States, giving rise to more variety in environmental pollution control, including through preventive and risk control strategies.

While technology controls for environmental problems in the United States had proven themselves effective at reaching the goals of pollution control, their very effectiveness and ubiquity began to change how scholars and policymakers thought about environmental law and how they addressed underlying values debates about environmental and health protection versus other interests.

First, because the results of technological fixes can be analyzed relatively easily (how much pollution coming out of the pipe now versus before), technology appeared to be an ‘easy’ fallback way to enforce environmental standards...

Flatt goes on to outline attacks on technology standards from both the Right and Left.
Posted by David Schorr at 12:00 PM