How focused should we be?

An issue always lurking around any historical study is finding the right scope, whether in terms of time, space, sources, methods, or whatever. Continuing our coverage of the special issue of Western Legal History on Southern California water, here's what Peter Reich's introductory article has to say about my book on Colorado water law: 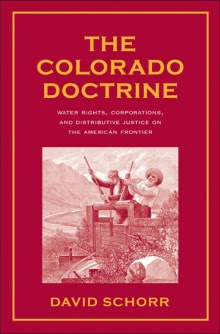 David Schorr stakes out [a] key western state as his bailiwick in The Colorado Doctrine: Water Rights, Corporations, and Distributive Justice on the American Frontier. He maintains that distributional equity, not economic efficiency, was the primary basis for legislative passage and judicial elaboration of the prior appropriation doctrine.

Reich adds in a footnote:


Schorr's work is at odds with Donald J. Pisani's "Enterprise and Equity: A Critique of Western Water Law in the Nineteenth Century". According to Pisani, prior appropriation's purpose was to "develop resources as rapidly as possible" in order to facilitate mining and agriculture. Schorr and Pisani use similar evidence to arrive at opposite conclusions; the former's focus on Colorado in contrast to the latter's coverage of several states, especially the larger and more corporate-dominated California, may explain their differing analyses.


That's a possible explanation (and a generous one to me, as I'm being set up in opposition to one of the leading historians of the field), but I'm not sure I agree. At an early stage of my work on the doctorate-turned-book I thought I would also include the history of the appropriation doctrine in other western jurisdictions, especially California, in the same period. In many ways that would have been the right thing to do not just for comprehensiveness, but because the legal developments in these states (and beyond) clearly influenced one another. Yet I decided not to, both for reasons of manageability and to maintain a tighter focus that would allow deeper digging.

Nonetheless, many of the sources I used in the book to flesh out the ideology of the appropriation doctrine, including by leaders of the "irrigation movement" such as Elwood Mead and William Smythe, were writing about California and other states as much as they were about Colorado, and so I actually think that expanding my research to California might have changed the details of the story (such as the survival of riparian rights and early development of irrigation districts), but not necessarily the overall picture.

I'm now at work on the history of water law in the British Empire, a project with a much wider scope, and I plan to include analysis of the interaction of the law in the empire with developments in California and Colorado (as well as other places). I have yet to form conclusions, but maybe Peter will turn out to be right.
Posted by David Schorr at 10:37 AM