Hundley (and Pisani) vs. Worster

The special issue of Western Legal History we've been covering has an interesting survey of Norris Hundley's work by Donald Pisani. A highlight: 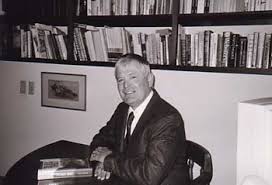 Hundley understood that the past should be treated on its own terms, not used as a whipping boy for concerns of the present. He was as judicious and fair-minded as he was prolific. The Great Thirst addresses Donald Worster's thesis in Rivers of Empire (1985). Worster argued that in the American West, a marriage between government and private capital created a "Leviathan" that served the rich and powerful at the expense of common citizens. Not only did the great water projects of the twentieth century transform the face of California and create an unsustainable economy that centralized people in a few great cities; those projects also subverted the region's democratic promise. Worster branded the West a "hydraulic society" and likened it to the empires of the ancient Middle East, all of which assumed that they could engineer deserts out of existence but learned otherwise.

The Great Thirst raised profound and depressing questions about the future of natural resource planning and management in the United States, not just in California. To some extent, Hundley agreed with Worster. He recognized that the arrogance, greed, and conceit of water planners played a huge role in the history of California, and that the state's great wealth had come at a very high price. He also acknowledged the power of the federal government in water development. Huge agricultural water subsidies, for example, had promoted social inequalities, including a permanent underclass of farm laborers and their families in the San Joaquin Valley. But Hundley denied that the water kings conned an unwary public into supporting water projects, or that the problem was too much government. Indeed, the public consistently welcomed such projects and voted for them as a tool of economic growth and greater wealth. He thought that a more centralized, unified power over water might serve the public interest better than the splintered authority characterized by dozens of governing boards and local districts.