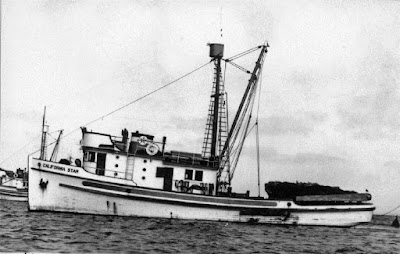 Next in the series of posts (the last one is here) on "The Tragedy at 50" (by the way, if anyone wants a hard copy of the journal issue, please email me), is Harry Scheiber's "The 'Commons' Discourse on Marine Fisheries Resources: Another Antecedent to Hardin’s 'Tragedy'". The abstract:


Throughout the fifty years since its publication, Hardin’s “The Tragedy of the Commons” has been regarded as a seminal paper in the environmental movement, although his emphasis on population control (which actually formed the core concern of the article) has been largely forgotten. Hardin argued that free access by a growing population to common resources would inevitably lead to the depletion of those resources, citing as one example how maritime nations’ belief in the freedom of the seas, combined with their belief in the inexhaustibility of marine resources, had brought whales and many species of fish close to extinction. Hardin failed, however, to take account of the extensive debates throughout much of the twentieth century by scientists and policymakers on the general problem of the ocean commons — what they generally termed the “dilemma of the commons” — as it applied not only to living marine resources but also to mineral resources. By mid-century, as improved fishing technology gave rise to ever greater catches, the notion of the inexhaustibility of fisheries was largely discredited; hence scientists as well as experts in both national and international law became focused on addressing the dilemma of the commons through fisheries management, and specifically by determining the Maximum Sustainable Yield. Some economists, arguing instead for maximum efficiency, urged that open access be abandoned in favor of limited entry. Such measures to resolve the dilemma of the commons were the subject of numerous conferences (including the second UN Conference on the Law of the Sea in 1958) and were widely debated in scholarly publications and, indeed, by the late 1960s had been practically implemented by a number of laws and treaties. By 1966, national control over a twelve-mile fishing zone offshore of coastal nations had been well established. These developments regarding the oceans commons, predating Hardin’s article, were apparently either of no interest to him or (if he knew of them) purposefully subordinated to his main polemical objective, which was his Malthusian analysis of the commons issue and his call for limits on “human breeding.”