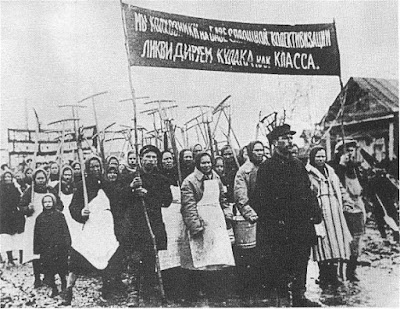 Next in the series of posts on "The Tragedy at 50" (the last one is here), we have Monica Eppinger's "Cold-War Commons: Tragedy, Critique, and the Future of the Illiberal Problem Space". The abstract:


Major twentieth-century social theories like socialism and liberalism depended on property as an explanatory principle, prefiguring a geopolitical rivalry grounded in differing property regimes. This article examines the Cold War as an under-analyzed context for the idea of “the tragedy of the commons.” In Soviet practice, collectivization was meant to provide the material basis for cultivating particular forms of sociability and an antidote to the ills of private property. Outsiders came to conceptualize it as tragic in both economic and political dimensions. Understanding the commons as a site of tragedy informed Western “answers” to the “problem” of Soviet collective ownership when the Cold War ended. Privatization became a mechanism for defusing old tragedies, central to a post-Cold War project of advancing “market democracy.” Meanwhile, the notion of an “illiberal commons” stands ready for redeployment in future situations conceived as tragically problematic.