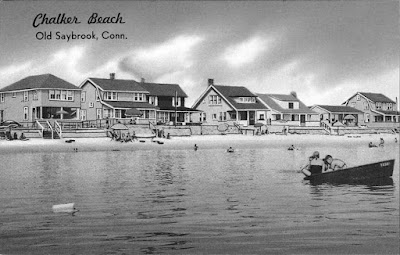 The Boston Review recently published Andrew Kahrl's "Free the Beach", an essay adapted from his Free the Beaches: The Story of Ned Coll and the Battle for America’s Most Exclusive Shoreline (Yale UP, 2018). Here's an excerpt that digs into the connection between land privatization and racism:


For millennia, beaches have been considered public property. The legal principle of the public trust doctrine, which dates to the ancient Mediterranean world, has long held the seashore as public land. In 1892 the U.S. Supreme Court validated the public trust doctrine with its decision in Illinois Central Railroad v. Illinois, which ruled that land covered by tidal water belonged to the public, with the state acting as a trustee. States were obligated to maintain that trust and protect the public’s right to access the shore in perpetuity.

Each state, however, marked the line separating public land from private property along the shore at a different spot—some drew the line at high tide, others at low tide, still others at the vegetation line—and devised different definitions of what constituted legitimate use of the public’s shore. Some states conceived of the public’s right to the shore in broad terms. Other states hewed closely to the public trust doctrine’s original intent. Massachusetts and Maine, for instance, held that the public’s right to the foreshore applied only to fishing and navigation; that private ownership extended down to the low-water line; and that the recreational use of private property was tantamount to an unconstitutional taking of private property. Connecticut drew the line between public and private property at the mean high-water mark, and its courts recognized swimming and recreation as legitimate uses of public trust lands.

While Connecticut’s supreme court upheld the public status of the foreshore, the actions of shoreline developers, backed by the state legislature, made it increasingly difficult for members of the public to enjoy their beach access rights. Beginning in the 1880s, wealthy families began building summer cottages along remote sections of shore in the state’s eastern half. In 1885 the state legislature granted a charter to a group of families who owned cottages in Old Saybrook. The charter gave the Fenwick Association the power to levy its own taxes and enact zoning restrictions. During the late nineteenth and early twentieth centuries, other small groups of families successfully petitioned the state legislature for charters to form what came to be known as private beach associations. Many of these early beach associations formed as an expeditious way of meeting the basic needs of summer homeowners in remote, undeveloped areas lacking in basic infrastructure and services.

A developer named James Jay Smith saw that beach association charters could also serve as an instrument for manufacturing and preserving exclusivity. In 1909 Smith opened a real estate office in Old Saybrook and began buying up farmland and dense forested areas along the eastern half of the shore. With only a model for future development in hand, Smith petitioned the state legislature to grant special charters to imagined communities with evocative names such as Point O’ Woods, White Sand Beach, Cornfield Point, and Grove Beach.

With these charters, fortified by a host of deed and zoning restrictions and given concrete definition by a set of common, shared amenities and a form of private governance, Smith’s company marketed the ultimate luxury—a summer cottage by the sea—at a price affordable to many middle-class white families. Beach association charters contained strict regulations on housing construction and land use, prohibitions against commercial activities and a whole host of other “nuisances,” and exclusion of nonmembers from streets and land held in common by association members, including parks and, especially, the beach.

Once chartered and populated, Smith’s beach associations had the power to perpetuate a certain identity and status. Like most homeowners’ associations formed in the first half of the twentieth century, deed restrictions explicitly forbade the sale of lots to blacks or Jews. Deeds in beach associations also contained provisions that owners of lots must be members of the affiliated beach club, with membership in the club determined by a board of governors. This provision helped to ensure that members could determine who could acquire property and become a part of a beach community and meant that most beach associations became closely associated with certain ethnic groups and religious denominations.

As private beach associations proliferated and the Northeast’s overall population swelled, less well-heeled shoreline residents worried that they would soon lose all access to the shoreline. “Unless something is done in the near future,” a resident of Madison fumed, “every foot of shore-front property will be gobbled up and there will be no more chance for the residents of a Shore Line town to go bathing than there is for those who dwell in inland communities—and that will be an outrage.” To protect what they had, shoreline residents worked to severely limit the accessibility of public beaches to the general public. In 1930 Westport passed an ordinance that restricted parking privileges along the beach to residents only. The following year, it enacted an outright ban on nonresident use of town beaches on Saturdays, Sundays, and holidays. Three years later, Darien adopted an ordinance limiting parking privileges at the town’s beach to residents only. The ordinance, as its author explained, aimed to “effectively keep out all but residents and taxpayers of the town.”

It was not only the number of visitors that residents of shoreline towns wanted to limit, but also the type. The earliest attempt by the residents of Madison to limit public access to the town’s beach, for instance, came in response to complaints about its use by the summer vacationing families’ “colored help,” who, local white residents charged, “congregate in large numbers, at times becoming boisterous to the annoyance of nearby cottage residents.”

All along the Northeast corridor, seaside towns enacted policies or stealthily adopted practices aimed at limiting the ability of “undesirables” to access public beaches, segregating shorelines by class and race. In the town of Long Branch, New Jersey, officials instituted a policy requiring beachgoers to first purchase a ticket that allowed them to access one of the town’s four beaches. Which beach they could enjoy was at the seller’s discretion. Without exception, African Americans received tickets for Beach 3 only. In Asbury Park, New Jersey, beach attendants permitted blacks to use only one heavily polluted section of the beach, where, one writer complained, they were “herded together like cattle” and forced to bathe “where the sewer is dumped into the ocean.” In most cases, segregation was enforced informally, through hostile treatment and black beachgoers’ desire to avoid an unpleasant experience. In Branford, Connecticut, the town’s small black population learned by word of mouth to avoid the public beach. As one black resident explained, “I heard they did everything possible to discourage Negroes from using it, and I see no sense in looking for trouble.”

When African Americans did successfully challenge discriminatory beach access ordinances and practices, municipalities responded by privatizing public space. In the late 1930s, NAACP attorneys Randal Tolliver and Leon Scott successfully sued Westchester County, New York, over its Jim Crow public beach policies. In the years that followed, the county steadily divested itself of places of public recreation. By 1960 six formerly public beaches had been turned into private clubs with restrictive access policies. Along the city of New Rochelle’s nine miles of waterfront, there were only two public beaches. City officials worked to keep it that way, actively thwarting efforts to convert undeveloped waterfront property into public beach space and instead rezoning it for private development.

By 1938 over 82 percent of all recreational land in the central and southwestern portions of Connecticut was privately owned. These developments in Connecticut reflected national trends. By 1967 the public could claim ownership of only 2 percent of the 59,157 miles of shoreline in the continental United States, over half of which was under military control and thus restricted. Of the 21,724 miles of U.S. shoreline that the federal Bureau of Outdoor Recreation classified as suitable for recreation, approximately 86 percent was under private control. By 1970 over 95 percent of the nation’s coastlines suitable for recreation were closed to the general public. “We are becoming a landlocked people,” Texas senator Ralph Yarborough warned in 1969, “fenced away from our own beautiful shores, unable to exercise the ancient right to enjoy our precious beaches.” The problem was most acute in the Northeast, where, the Department of Interior estimated, 97 percent of the region’s 5,912 miles of recreational shoreline was “inaccessible to the general public.”

Beneficiaries of unprecedented levels of federal and state funding for outdoor recreation over the previous decades, the predominantly white suburbs of the Northeast responded to the mounting unrest of urban black populations by further tightening restrictions on access to public spaces in the suburbs, especially public beaches. In the suburbs of Long Island and Connecticut’s Gold Coast, restrictive beach ordinances proliferated in the 1960s. “It has become virtually impossible for a city-dweller to venture into the suburbs and find an inexpensive, pleasant place to swim, sun, or relax within a single day’s drive,” the New York Times reported in 1972. “For hundreds of thousands of sweltering New Yorkers . . . the experience is a little like being trapped in a desert in the middle of an oasis.” Exclusionary ordinances ranged from the blatant (outright denial of access to nonresidents) to the thinly veiled (exorbitant beach access fees for nonresidents) to the subtle (limited parking or bans on street parking and bans on the wearing of swimwear on town streets or eating on the beach).

It was no secret whom these towns were seeking to keep out, but the ordinances and laws were carefully written to avoid mention of race. This was how Jim Crow had long worked in the Northeast, through ostensibly color-blind and race-neutral land-use regulations and the privatization (in fact if not in name) of public space, all of it cloaked in the region’s “tradition” of privileging private property rights, local autonomy, and “home rule.” It proved to be a sturdy foundation. As the civil rights movement fought to dismantle apartheid in America, these forms of segregation proved hard to undo.