We've posted on the 1960s Storm King controversy before, and plan to do so again, soon. In the meantime, here's a notice (by way of Legal History Blog) of the recent publication of Storm King Mountain and the Emergence of Modern American Environmentalism by Robert Lifset (U. Pittsburgh Press, 2014). The publisher's description:


The beauty of the Hudson River Valley was a legendary subject for artists during the nineteenth century. They portrayed its bucolic settings and humans in harmony with nature as the physical manifestation of God’s work on earth. More than a hundred years later, those sentiments would be tested as never before. In the fall of 1962, Consolidated Edison of New York, the nation’s largest utility company, announced plans for the construction of a pumped-storage hydroelectric power plant at Storm King Mountain on the Hudson River, forty miles north of New York City. Over the next eighteen years, their struggle against environmentalists would culminate in the abandonment of the project.

Robert D. Lifset offers an original case history of this monumental event in environmental history, when a small group of concerned local residents initiated a landmark case of ecology versus energy production. He follows the progress of this struggle, as Con Ed won approvals and permits early on, but later lost ground to environmentalists who were able to raise questions about the potential damage to the habitat of Hudson River striped bass.

Lifset uses the struggle over Storm King to examine how environmentalism changed during the 1960s and 1970s. He also views the financial challenges and increasingly frequent blackouts faced by Con Ed, along with the pressure to produce ever-larger quantities of energy.

As Lifset demonstrates, the environmental cause was greatly empowered by the fact that through this struggle, for the first time, environmentalists were able to gain access to the federal courts. The environmental cause was also greatly advanced by adopting scientific evidence of ecological change, combined with mounting public awareness of the environmental consequences of energy production and consumption. These became major factors supporting the case against Con Ed, spawning a range of new local, regional, and national environmental organizations and bequeathing to the Hudson River Valley a vigilant and intense environmental awareness. A new balance of power emerged, and energy companies would now be held to higher standards that protected the environment.

Meir Shamgar as a detainee in Eritrea, 1946 Friday saw the passing of one of the greats of Israeli law , former Justice and President of... 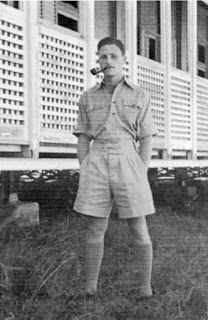