Mervyn Susser and the question of causation

George Conk recently blogged on the passing of epidemiologist Mervyn Susser, 92. Susser wrote, among other things, on the problem of causation, which can often be a serious obstacle to obtaining damages for environmental harm (or instituting regulation to prevent it). Conk writes: 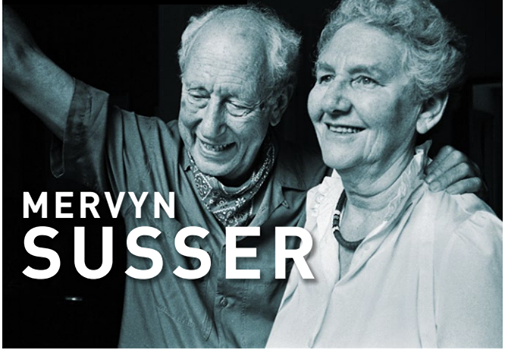 The former editor of the American Journal of Public Health, he was a South African-born progressive, who collaborated with his wife Zena Stein.  I had just began to seriously look at the problem of how to prove causation of disease in occupational illness cases where no exact mechanism  of injury could be identified. Susser gave me direction as I represented the Trial Lawyers Association  in the asbestos-related disease case Landrigan v. Celotex, a landmark guide in the use of scientific evidence.

Mervyn Susser, like the great progressive epidemiologists Irving Selikoff  and Sir Austin Bradford Hill, was motivated by the fight against disease and the need to identify causal relationships.  The epidemics of heart and lung disease associated with tobacco and asbestos motivated Selikoff and Hill. Susser, a pioneer of community medicine, worked in a clinic treating Black citizens in Johannesburg. In the progressives view causal inference was to be achieved neither by idolatry of formal tests of statistical significance nor by anecdotal snapshots.  Rather the public health called for a socially aware observational perspective informed by clinical methods, pathology, and biostatistics.  No single factor was decisive.  The health of patients called for effective strategies, not skepticism.

Dr. Susser explained that scientific skepticism is to be doubted.  “We have to practice believing”.  He wrote:

In the end, a quality which lawyers should understand better than any- judiciousness- matters more than any.  Scientists use both deductive and inductive inference to sustain the momentum of a continuing process of research.  The courts of law, and the courts of application, use inference to reach decisions about what action to take. Those decisions often cannot rest on certitudes, most especially when population risks are converted into individual risks. It is my firm belief, nonetheless, that practical decisions that draw sustenance from scientific inference will be better decisions than those that do not.