Over at Legal Planet, Dan Farber blogged yesterday about corporate welfare for oil through the US tax code: 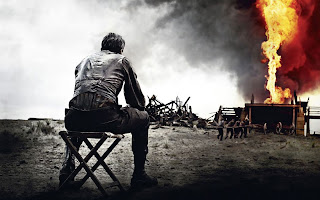 The taxpayers have been generous to the industry. Oil companies get about $5 billion per year in favored tax treatment.  Mostly, these provisions allow oil companies to write off costs faster than normal businesses.  The depletion allowance can actually allow a company to write off “costs” that are greater than the amount it actually spent. Some of these special provisions favor the industry as a whole, but others are available only to independents rather than Big Oil. Despite arguments to the contrary at AEI, it’s clear that these are deviations from normal tax principles, which would provide less favorable treatment to such capital expenditures.  These benefit the industry at the expense of not only taxpayers but of other businesses that are competing for capital.

Estimates by the Treasury as well as by independent researchers indicate that the effect on oil production  is small, under 1% of total production.  The effect on price is also miniscule. Mostly, the subsidies encourage producers to drill in marginal locations, which otherwise wouldn’t be worth the trouble. To the extent that these tax rules increase oil production, RFF calculates that each additional barrel of oil costs the Treasury several hundred dollars.

This is a great topic for some historical research. How did these tax breaks get started, and how did they evolve over time? What marginal locations have been drilled in as a result of tax incentives, and how has the environment there been affected? What are the historical relationships between tax breaks for oil production and other parts of the tax code, and between tax law and other aspects of energy law? How have US tax breaks for oil influenced, or been influenced by, the law of other countries?