May 27 is Oakapple Day, according to Rachel Laudan's blog. She quotes the story of her childhood hero, Grace Reed, from W.H. Hudson‘s A Shepherd’s Life: Impressions of the South Wiltshire Downs (1910): 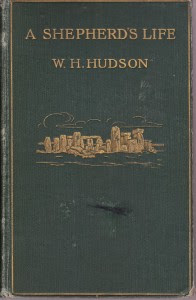 Grace Reed was a native of Barford St. Martin on the Nadder, one of two villages, the other being Wishford, on the Wylye river, the inhabitants of which have the right to go into Groveley Wood, an immense forest on the Wilton estate [owned by the Earl of Pembroke] to obtain wood for burning, each person being entitled to take home as much wood as he or she can carry.

The people of Wishford take green wood, but those of Barford only dead, they having bartered their right at a remote period to cut growing trees for a yearly sum of five pounds, which the lord of the manor still pays to the village, and, in addition, the right to take dead wood.

It will be readily understood that this right possessed by the people of two villages, both situated within a mile of the forest, has been a perpetual source of annoyance to the noble owners in modern times, since the strict preservation of game, especially of pheasants, has grown to be almost a religion to the landowners.

Now it came to pass that about half a century or longer ago, the Pembroke of that time made the happy discovery, as he imagined, that there was nothing to show that the Barford people had any right to the dead wood. They had been graciously allowed to take it, as was the case all over the country at that time, and that was all. At once he issued an edict prohibiting the taking of dead wood from the forest by the villagers, and great as the loss was to them they acquiesced; not a man of Barford St. Martin dared to disobey the prohibition or raise his voice against it.

Grace Reed then determined to oppose the mighty earl, and accompanied by four other women of the village boldly went to the wood and gathered their stick and brought them home.

They were summoned before the magistrates and fined, and on their refusal to pay were sent to prison; but the very next day they were liberated and told that a mistake had been made, that the matter had been inquired into, and it had been found that the people of Barford did really have the right they had exercised so long to take dead wood from the forest.

As a result of the action of these women the right has not been challenged since, and on my last visit to Barford, a few days before writing this chapter, I saw three women coming down from the forest with as much dead wood as they could carry on their heads and backs. But how near they came to losing their right! It was a bold, an unheard-of thing which they did, and if there had not been a poor cottage woman with the spirit to do it at the proper moment the right could never have been revived.