Sustainability: of forests, ships, and law 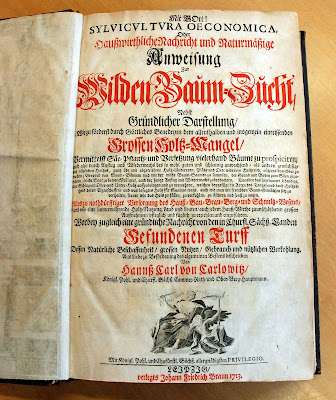 [Another guest post, with lots of useful references, by Peter Sand of the Institute of International Law, University of Munich (see here for his earlier post on Karl Neumeyer). Revised from Environmental Policy and Law 37:2-3 (2007) 201-203. Notes are after the break.]

“Sustainable development” has become a household word – if a heavily loaded one – to international lawyers, economists and green politicians alike. Yet, the etymology of the term spans a number of other disciplines, and more than three centuries of environmental history. 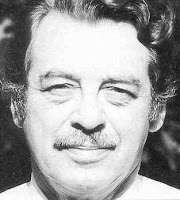 The Report of the ‘Brundtland Commission’, published in 1987,[1] had borrowed the term from the 1980 IUCN/UNEP/WWF World Conservation Strategy, drafted under the guidance of the then Director-General of IUCN, Dr. David A. Munro (left) – distinguished Canadian forester and wildlife biologist (1923-2004).[2]

Canada’s oldest forest school is the Faculty of Forestry at the University of Toronto. Its founder (in 1907), and first dean until 1919, was a German forester, Bernhard Eduard Fernow (1851-1923) – who from 1886 to 1898 had served as the first chief of the US Division of Forestry (which later became the Forest Service within the Department of Agriculture).[3] Fernow was the architect of the 1891 Forest Reserve Act (part of the General Public Lands Reform Act of 3 March 1891), which laid the ground for ‘creative’ conservation measures on the federal public domain – and it comes as no surprise that he had originally studied law (at the University of Königsberg).[4] His successor as US chief forester was Gifford Pinchot (PhD in forestry, University of Munich 1898; founder of the Yale School of Forestry in 1900, now School of Forestry and Environmental Studies),[5] whose mentor and role-model had been another German forester, Sir Dietrich Brandis.[6] Brandis, after obtaining his PhD in botany at the University of Bonn, had joined the British colonial service in 1856 as ‘superintendent of forests’ in Burma, and from 1864 to 1883 served as first Inspector-General of Forests in India and Pakistan.[7] He was Rudyard Kipling’s legendary “gigantic German, head of the woods and forests of all India, head ranger from Burma to Bombay”.[8] His practices and principles of ‘sustained yield’ forest management – and those of his successors, Sir William [Wilhelm] Schlich (1840-1925, founder of the Royal Indian Forestry College at Cooper’s Hill, since 1905 at Oxford)[9] and Berthold Ribbentrop (1843-1917, Inspector-General of Indian Forests from 1885 to 1900)[10] – had a lasting influence on generations of foresters in North America, Asia, Australia and New Zealand.[11] 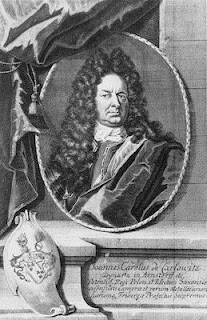 The theoretical basis for forest management, including the concept of ‘sustained yield’, had been developed in the 18th and 19th century at specialized forestry academies in Germany, such as Tharandt in Saxony and Münden in Hanover (where both Fernow and Ribbentrop graduated).[12] The pioneering scientific treatise on the subject was the ‘Sylvicultura Oeconomica’ (at top) published in 1713 by Johann [Hannss] Carl von Carlowitz (right, 1645-1714),[13] lawyer and manager of the Duke of Saxony’s silver mines (hence vitally dependent on long-term timber supplies!). It comprised the first formulations of such ‘post-modern’ terms as precaution [Praecaution, Vorsorge] for intergenerational benefits [den Nachkommen zum Besten], by sustained use [nachhaltende Nutzung]; and it was followed by other works now postulating a general policy of sustainable forest economics [nachhaltige Wirtschaft mit unseren Wäldern].[14] 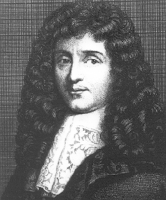 Carlowitz in turn had drawn the inspiration for his innovative policies from multiple sources. After completing his legal studies at the University of Jena, he had taken the customary ‘grand tour’ of Europe in 1665-69, travelling to Italy, the Netherlands, Scandinavia, England and France. A focus of his attention at the time were the administrative reforms undertaken by Louis XIV’s powerful minister of finance, Jean-Baptiste Colbert (1619-1683, right); in particular, the great reorganization of French forestry governance which culminated in the ‘Ordonnance des eaux et forêts’ of 1669.[15] 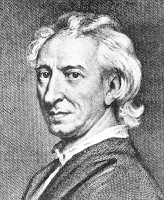 It must be kept in mind, though, that Colbert’s own concern for the conservation and sustainable use of France’s forest resources had very precise strategic motivations; i.e., the long-term security of timber supplies for the ship-building industry, which was the basis of French naval power.[16] Sure enough, there had been ominous historical warning signals before: The decline of Venetian maritime dominance in the Mediterranean during the 16th and early 17th century was widely attributed to timber shortages in naval construction, caused by deforestation.[17] It was no coincidence, therefore, that another contemporary pilot text which Carlowitz acknowledges among his source references – Sylva: A Discourse of Forest-Trees, and the Propagation of Timber in His Majesty’s Dominions (1664), by John Evelyn (English lawyer and writer, 1620-1706, educated at Oxford’s Balliol College and the Middle Temple, right)[18] – had been compiled and published at the request of the Commissioners of the British Navy.  After the Napoleonic Wars, Isaac D’Israeli noted that the fleets of Admiral Nelson had been constructed “with the oaks which the genius of Evelyn planted.”[19] For the same strategic reasons, Russian Tsar Peter I in 1703 had designated the oak forests of Kharkov and Simbirsk as permanent state reserves for ship timber;[20] and in 1817, the US Secretary of the Navy obtained statutory authorization to reserve public oak forest lands for ship-building.[21]

In retrospect, then, the concept of ‘sustainable development’ may indeed be said to have its historical roots in subtle power politics as much as in bona fide intergenerational equity.

[1] See the recollections of the WCED’s Secretary General, J.W. MacNeill, ‘The Forgotten Imperative of Sustainable Development’, Environmental Policy and Law 36 (2006) 167-170 .

[8] ‘In the Rukh’, in: R. Kipling, Many Inventions, 1893 [reprint London: MacMillan 1982], 200-238, at 222. Kipling had personally met Brandis and Ribbentrop; and in his famous account of the head forester’s encounter with Mowgli of the Jungle Book, he pokes fun at the thick German accent of ‘der Insbecdor-General’.

[12] See F. Heske, German Forestry, New Haven/CT: Yale Univ. Press 1938, at 18-43; and J. Radkau, ‘Wood and Forestry in German History: In Quest of an Environmental Approach’, Environment and History 2 (1996) 63-76. The former Prussian Forest Academy of Hannoversch-Münden is now a faculty of the University of Göttingen.

[19] B. Saunders, John Evelyn and his Times, Oxford: Pergamon 1970, at 2. Isaac D’Israeli (whose family came from Venice) was the father of British Prime Minister Benjamin Disraeli.