The International Journal of the Commons recently published "On enclosure Norwegian style", by Erling Berge and Anne Sigrid Haugset. The abstract:


More than 200 years after the King sold one of the “King’s commons” to urban timber merchants, local people in some ways still behave as if the area is a kind of commons. The paper outlines the history of the transformation of the area from an 18th century King’s commons to a 21st century battleground for ideas about ancient access and use rights of community members facing rights claimed by a commercial forest owner within local consequences of national legislation. The discussion is focused on the right of common to hunt small game without dog in Follafoss private commons. The right was confirmed in a judgement of the Supreme Court in 1937 and in legislation on hunting in 1951. The Government’s proposal for new legislation on hunting in 1981 removed the right without saying a word about it, and it was never commented on in parliament during the legislative process. To explain what we observe it is suggested that a new layer of legislation on rights of common from 1857 and 1863 created a structural amnesia about private commons making it easy to remove them from legislation. 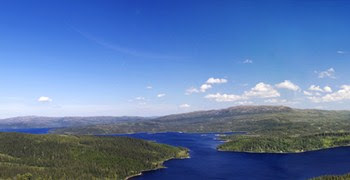