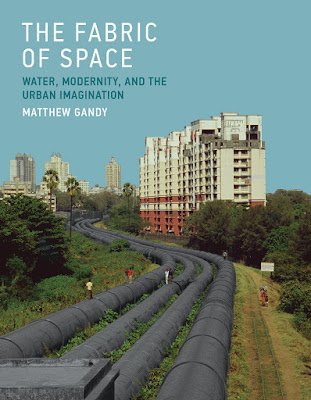 A pernicious myth has it that environmental protection and conservation are a sort of upper-class conspiracy, or at the least a luxury appreciated by the well to do. An H-Urban review by Eliza Martin of Matthew Gandy's The Fabric of Space: Water, Modernity, and the Urban Imagination (MIT Press, 2014) discusses the book's treatment of water in interwar Berlin ("Weimar Berlin" is evocative but confusing), showing that in this context, as in many others, proto-environmentalism was a working-class issue. Martin writes:


Gandy asserts that examining the changing paths water takes through urban spaces gives us new ways of viewing and understanding cities and how they evolve. He is particularly interested in the process of modernization of urban space, and the role water infrastructure plays in that activity. Gandy states that controlling water is a key aspect of modernization and state formation...

Gandy... demonstrates [the] movement towards an emphasis on nature as leisure, when he discusses changes in urban planning taking place in Weimar Berlin. As part of creating a modern city, Martin Wagner, city building commissioner in Berlin, was concerned with providing residents, especially working-class residents, with an opportunity to have contact with nature. Wagner felt one way to do this was to provide access to local lakes and rivers as spaces of leisure. Wagner moved to protect remaining lakeside land from privatization to keep these areas open for the city as a whole, as a public resource, and provided public transportation to these areas. Here we see links between water and infrastructure as not purely a public health issue, but also as about democratizing access to urban space, and offering working-class Berliners the chance to enjoy urban nature.