The interplay of case law and regulations 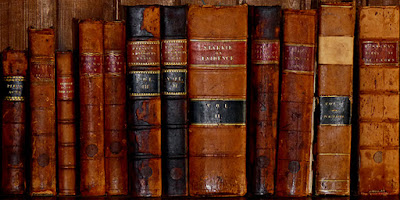 Dave Owen posted had this interesting thought this week at Environmental Law Prof Blog, regarding a recent discussion on canonical environmental law cases:


The idea of a canonical environmental law case might be an oxymoron.  After all, with a few constitutional law exceptions like Lujan, most classic environmental law cases interpret statutes, which generally means the case is less important than the statute, which suggests, in turn, that the statutes are really the canon.  But that's kind of boring; if we agree that the environmental law canon is the Clean Air Act, the Clean Water Act, RCRA, and so on, that makes our field sound dull in comparison to fields where cases really have defined the law.  So perhaps, if a canon, to speak metaphorically, includes the giant trees within a forest of law, we should treat the underlying statutory and constitutional framework as the soil out of which those trees grow.

But even if my strained metaphor works, that still doesn't explain why the canon should involve cases.  Cases are good teaching devices, and they do matter, but they're badly overrated.  In many areas of environmental law, regulations have much more reach and importance.  So perhaps the question we professors really should be debating, as we procrastinate class preparation and the final stages of grading, is which environmental regulations make up the field's canon.

I agree with Dave's point that statutes and regulations are much more important in environmental law than case law (and that this is a challenge in teaching the field!). However, over time I have become increasingly aware of how important litigation has been historically in spurring and shaping environmental regulation, a point made by (among others) Karl Boyd Brooks in Before Earth Day.

I recently had a conversation with an Israeli (non-lawyer) environmental professional who had been involved in drafting noise regulations in the 1980s, who explained to me that they were designed to reflect the guidelines laid out by an Israeli Supreme Court nuisance case in the 1970s. From my lawyer's perspective this made no sense, as the case was decided according to traditional principles of nuisance law, which should have been largely irrelevant to the noise regulations, enacted under statute. But to the engineers and scientists working on the regulations, the rules laid out by the court seemed to represent some kind of eternal truth, one they were bound to give expression to in the regulations. I think that this type of thing has happened quite a lot.
Posted by David Schorr at 10:27 PM