Law in the Anthropocene? Maybe not 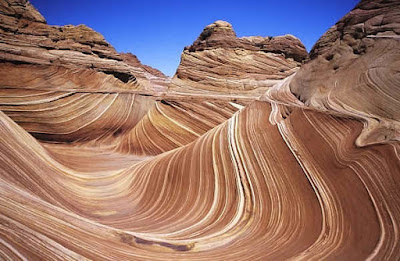 Eric Biber recently posted a series at Legal Planet based on his recent Georgetown Law Journal article, "Law in the Anthropocene Epoch" (abstract below). The Anthropocene, for those who have somehow missed this buzzword, is (according to its proponents--it has yet to be officially adopted) a new epoch, in which the signs of human changes to the planet are visible in the geologic record. The article and blog posts contain a useful catalog of ways in which current legal doctrines and institutions do a poor job of dealing with environmental challenges, and essentially argue for the desirability of major changes in liberal conceptions of individual rights and private property. That sounds right, but I'd like to quibble over three historical elements of the argument.

First, Biber's confidence in the direction of future political and legal change ("Humans will inevitably respond to the Anthropocene", "These responses will ineluctably lead to greater government involvement", etc.) seems to me problematic, reflecting an environmental-determinist and functionalist view of legal development that I find unconvincing. Many of the challenges identified by Biber have been with us for some time, and the law has apparently not adapted to them. It is not clear that it must or will do so in the future. I think a more tentative or even a normative tone would have made for a more convincing argument.

Second, Biber's use of "the Anthropocene" is idiosyncratic. Many proponents of the idea of an Anthropocene epoch seem to have settled on a start date in the mid-twentieth century, though others (including the originators of the idea) argue for an 1800 start, and others would push it back even further. In any case, if there is an Anthropocene, we are already in it, the challenges identified by Biber are already upon us (with many of them hundreds of years old), and so if, as he argues, the law will change in response to them, it should have already done so. If the Industrial Revolution took place during the Anthropocene, it is hard to make sense of his argument that "These changes will parallel similar revolutionary legal changes associated with industrialization and the development of a national economy in the United States in the nineteenth and twentieth centuries."

Finally (here I'm echoing others' critiques of the Anthropocene concept), the broad categories used by Biber--humans, the environment, the law--obscure the politics and distributive aspects of the legal phenomena he identifies and their consequences. For instance, saying that the doctrine of proximate cause limits the utility of traditional tort law for the Anthropocene is misleading--it doesn't merely stand in the way of adapting the law to changing circumstances; it allows some people and groups to actively cause damage to others while escaping liability, thus distributing the costs and benefits of certain activities in a particular way. The supposed mismatch of traditional law and the Anthropocene is actually a very good match for some humans and a very bad one for others, and it is no accident that those who benefit are the ones with a large say in the way law develops.

All that being said, the article and series helpfully point out a host of ways in which the current law fails to take account of the nature of many environmental issues. The abstract:


Humans and the effects of their activities now substantially influence the entire planet, including its oceans, climate, atmosphere, and lands. Human influence has become so large that earth scientists have debated whether to identify a new geologic time period: the Anthropocene. The Anthropocene will surely have substantial effects on society and economies, and law will be no exception. The Anthropocene is the product of the aggregation of billions of individual human actions, the impact of which is exponentially increasing because of growing technological advances and population. Humans will inevitably respond to the Anthropocene, if only to adapt to the significant changes in oceans, climate, biodiversity, and other critical functions upon which society depends. These responses will ineluctably lead to greater government involvement in a wide range of human activities and the constant updating of government laws and regulations to respond to new challenges. The result will put pressure on a wide range of legal doctrines in public and private law, including torts, property, constitutional, administrative, and criminal law. These changes will parallel similar revolutionary legal changes associated with industrialization and the development of a national economy in the United States in the nineteenth and twentieth centuries. Just as with those legal changes, the legal changes of the Anthropocene will put pressure on normative commitments at the heart of American law, including the classical liberal paradigm that government intrusion into individual action should be the exception, rather than the norm. Managing the impacts of these legal changes will be a key challenge for the legal system in the next century.