A little while back AJIL Unbound published a piece by Mathilde Cohen, "Animal Colonialism: The Case of Milk". The abstract:


Greta Gaard writes that “[t]he pervasive availability of cows’ milk today—from grocery stores to gas stations—is a historically unprecedented product of industrialization, urbanization, culture, and economics.” To these factors, I would add colonialism and international law; the latter understood broadly to include the rules considered binding between states and nations, transnational law, legal transplants, international food aid, and international trade law. Until the end of the Nineteenth Century, the majority of the world population neither raised animals for their milk nor consumed animal milk. Humans are unique in the mammalian realm in that they drink the milk of other species, including beyond infancy. With the European conquest of the New World and other territories starting in the Sixteenth Century, dairying began to spread worldwide—settlers did not set out to colonize lands and people alone; they brought with them their flora, fauna, and other forms of life, including lactating animals such as cows and sheep. 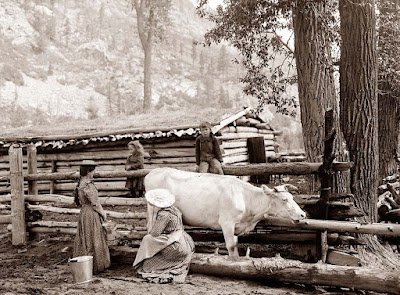