The Cold War context of "risk"

The Journal of Policy History recently published Linda Nash's "From Safety to Risk: The Cold War Contexts of American Environmental Policy". From the introduction (notes omitted):


The late twentieth century marked the rise of “risk society,” to use Ulrich Beck’s well-known term. In Beck’s account, the seemingly endless proliferation of material risks to health and environmental integrity is the outcome of late capitalist modernization, a proliferation that society’s institutions are completely unable to control or address. But without disputing the fact that industrialization has introduced a multitude of new threats to both bodies and environments, their conceptualization as “risks”—rather than merely as “dangers”—was more than a choice of words; it marked both an important policy change and a crucial cultural and political shift.

The dominance of risk discourse in environmental and health policy has not gone unchallenged. Since its inception in the 1970s, the assumptions and methods of regulatory risk assessment have been critiqued and interrogated from a number of perspectives. The social science literature on the topic is vast, much of it quite nuanced and attuned to the social, cultural, and political contexts that structure both lay people’s and experts’ perception of risk. But most who write about risk do not seriously question the term itself, nor do they consider its history. To the contrary, most scholars treat the language of “risk” ahistorically, often conflating “risk” with any kind of danger. Existing historical treatments have been narrowly framed as studies of a single area of federal law and policy. In these accounts, the rise of risk is portrayed either as a necessary maturation of environmental policy that was driven by greater understanding of the issues and improvements in science and technology, or, alternatively, as a triumph of industry and business-friendly politicians in opposing federal regulations. In all these accounts, the focus has been on government actors and, to a lesser extent, industry representatives.

This article builds upon the existing historical work but offers a somewhat broader institutional and intellectual history of risk in the postwar period, drawing particularly on scholarship that has emphasized the role of the Cold War in shaping American social and political thought across the second half of the twentieth century. Rather than locating the shift toward risk in techno-scientific developments or solely in conservative politics, I emphasize the role of intellectuals committed to new modes of formalized decision making and their influence among a new generation of agency managers. Scholars of environmental politics have paid little attention to the intellectual contexts that influenced the development of environmental policy. At the same time, historical accounts of systems analysis and its key institutions have emphasized their influence in defense rather than domestic policy, while their impact on environmental policy has been left almost completely unexplored.

Moreover, when the institutional and intellectual contexts of risk discourse are examined, it emerges not as a logical response to advances in science or technology, nor as simply a response to the challenges of “modernity”; rather, it depended upon the particular political and material forms that modernity took in the post–World War II United States. While acknowledging that politics played an important role in the ultimate adoption of the risk framework, the core of my argument is that risk thinking marked a radical departure from previous approaches to environmental regulation—from an approach based in biology and assumptions about human rights to one based in economics—and that the roots of this shift lay in Cold War defense planning and the insular academic and intellectual worlds it spawned. 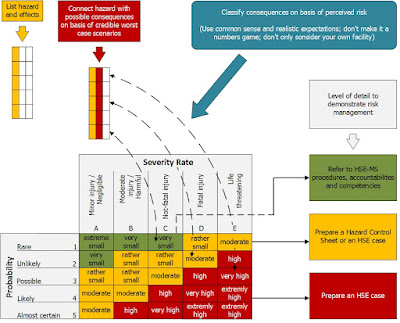