(Sorry for the long silence, I've been busy with some other things. As always, if you're interested in contributing posts to the blog, I'd be more than happy to help! In the meantime:)

Sarah Milov (a co-founder of this blog) recently published a piece in the Washington Post on the history of grass-roots anti-tobacco campaigns that might serve as a model for climate activism today. Some highlights:


Activists won the fight against tobacco by working on the local, not national, level. Neither the Occupational Safety & Health Agency nor the Environmental Protection Agency regulate secondhand smoke. Congress has never passed a Non-Smokers’ Rights Act. Instead, 41 states and 1,354 cities have enacted laws to protect the health of citizens. They did so in response to the sustained activism of men and women who argued that the government was not doing enough to protect their rights. 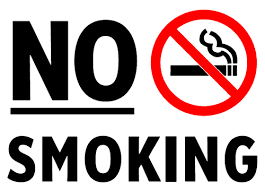 In 1973, the dogged efforts of Betty Carnes, a sexagenarian amateur ornithologist, resulted in Arizona’s passage of the first law that banned smoking in elevators, museums, theaters, buses and libraries. Two years later, Minnesota passed an even more comprehensive Clean Indoor Air Act that banned smoking in many workplaces, stores, and banks.

These state-focused efforts threw a wrench in tobacco’s well-oiled lobbying machine. Since the 1930s, the tobacco industry had enjoyed close relationships with tobacco-state congressmen who wielded disproportionate power in the Democratic Party coalition. And with millions to spend on well-connected Washington lawyers, the tobacco industry wielded clout with the federal agencies that had the capacity to regulate the many ways that tobacco touched Americans’ lives: as a drug, a consumer product, a pollutant, or a workplace hazard.

...By 1981, 36 states had some kind of public smoking restrictions on the books. A decade earlier there had been none.

Action at the local level was even more dramatic — and even harder for the industry to combat. Berkeley passed one of the nation’s earliest antismoking ordinances in 1977 when it banned smoking in restaurants, but local smoking ordinances were not just for bohemians and health nuts. In 1981 alone, 35 cities passed indoor smoking restrictions, including Baton Rouge; Leavenworth, Kan..; and House Speaker Paul D. Ryan’s hometown of Janesville, Wis.

In the 1970s, antismoking activists were outnumbered and underfunded. But by developing their own playbook — where cities functioned as both a site for social activism and a node of resistance against federal inaction — citizens cleared the very air we breathe. Today’s citizens now have a chance to do the same.