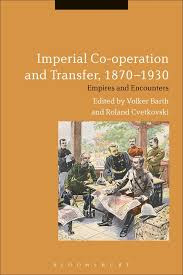 It seems I forgot to mention my own article when I posted it a while back. "Riparian Rights in Lower Canada and Canada East: Inter-Imperial Legal Influences" was published as chapter 4 of Imperial Co-operation and Transfer, 1870-1930: Empires and Encounters (Roland Cvetkovski & Volker Barth eds., Bloomsbury, 2015). I'll do a few posts based on the article now; for the full version, please see the book.

One of the most dynamic areas of law in the nineteenth-century Anglo-American world was that of water rights, or, as it was typically denoted then, “riparian rights”. This body of law dealt with the relative rights of owners of land adjacent to water—riparian land—to use the flowing waters, whether for power, irrigation, transportation, fishing, or waste disposal. The historical development of the law in this field in the nineteenth century has been analysed from several points of view, including economic property theory and Marxian legal history.  Transnational aspects of the subject have not been neglected, as some have highlighted the transatlantic—that is, Anglo-American—framework in which this body of doctrine developed, and others have examined the use of Continental, civil law sources by some of the American jurists responsible for that development.  Yet the inter-imperial aspect of this story, in particular the meeting of the laws of the British and French Empires, has gone unremarked.

The court case of Miner v. Gilmour can be seen as the epicentre of this inter-imperial encounter. The case began as a conflict in the 1850s between two prominent citizens of the Eastern Townships village of Granby, in the part of Canada then known as Canada East (in the half century preceding 1841 called Lower Canada, the southern part of today’s Quebec). Harlow Miner’s tannery on the south bank of the Yamaska River, the town’s major industrial enterprise, was powered by water directed from a dam in the river, but Francis Gilmour, the town’s store-keeper, had been opening a sluice on the north side of the dam in order to allow the water to flow through and power his gristmill downstream. In order to put a stop to Gilmour’s interference with his business, Miner brought a lawsuit in the Superior Court of the District of Montreal.  When the court ruled in Miner’s favour, ordering Gilmour to cease and desist diverting water away from Miner’s mill, Gilmour brought an appeal to the Court of Queen’s Bench of Canada. Here the decision went in his favour, and the court dismissed the plaintiff’s suit. Unsatisfied with this result, it was Miner who appealed this time, making use of the only remaining judicial recourse available to him, an appeal to the Judicial Committee of the Privy Council in London.

The Privy Council, an organ of the British monarchy, was for years the executive body through which British overseas possessions were governed, also hearing appeals from the courts of these colonies. In 1833, in an effort to give these appeals a more judicial character, Parliament created the Judicial Committee of the Privy Council, composed primarily of judges from other British high courts. Though formally not a court of law—the members of the committee did not wear judicial garb, they sat around a table with the parties’ counsel and their decisions were, strictly speaking, merely recommendations to the monarch, who would then issue an order giving force to the recommendation—in practice it functioned like a court, and was treated as such by all. This new judicial body was tasked with hearing appeals from overseas possessions (as well as from the British court of Admiralty and ecclesiastical courts).

The Judicial Committee, hearing cases from far-flung possessions around the globe, was an imperial institution par excellence. The nature of litigation in the common law, adversarial, system—in which the parties, not the state, generally determined if and when court proceedings would be conducted, and on what legal grounds—meant that the court’s agenda was largely shaped by the decisions of litigants in the courts below. Nonetheless the Judicial Committee’s worldwide jurisdiction, along with its judges’ parallel tenures on other British high courts, gave it a potentially harmonizing and homogenizing role; ‘The assumption was that there could be cohesion and certainty in the legal system of the Empire only if appeals could be referred up to a judicial body in London.’ (Cornish, Lobban, Smith, "Empire’s Law", p. 245)

At the same time the Judicial Committee was in effect an inter-imperial institution.

British law distinguished between territories acquired through ‘settlement’ of supposedly unoccupied lands, as in the case of Australia and many American colonies, and those acquired by “conquest” or cession from other “civilized” states, such as the various Indian possessions and lands taken from other European powers. In the former case, in which the British viewed the legal situation prior to their arrival as a vacuum, English law was held to follow the settlers into the new possession as far as was practical; but in the latter—the colonies acquired by conquest—the existing laws remained in force until modified by new legislation by the conquering British.  With the acquisition of a host of new colonies during and in the wake of the wars with France and its allies, the British Empire came to include a large number of jurisdictions in which the law of other empires became part of the law of the British Empire, as well. The judges of the Privy Council were thus expected to rule on numerous appeals in which the applicable law was not English law but the law of another empire, whether French, Dutch, Spanish, or Mughal.

These foreign imperial laws, even the European ones, were different from the English law not only in content, but in overall structure and culture. The legal systems of the countries of Continental Europe, along with most of their colonies, applied civil law, based on Roman law and local custom, with great weight given to the opinions of learned jurists who had developed the Roman principles over the medieval and modern periods. In the period under consideration many civil law countries were engaged in a process of codification, in which the principles of the civil law were reorganized and enacted into law on a national basis. In England, on the other hand, though pockets of the civil law existed (primarily in ecclesiastical courts, admiralty courts and in the Court of Chancery), most legal issues were governed by the common law, the body of judicial precedent built up over hundreds of year of English court decisions, supplemented by statutes passed by Parliament. Colonies of ‘settlement’ continued to apply the common law rules (as do their successor states today, from Australia to the United States to most of the Canadian provinces). With different sources of law and legal traditions, the common law and civil law were likely to give divergent answers to any given legal question. Yet the Privy Council, hearing appeals not only from common law jurisdictions such as New South Wales and Upper Canada (today’s Ontario), but from civil law ones formerly held by other imperial powers, such as Mauritius (French law) and Cape Colony (Dutch law), was a potential site for the fertilization of the common law by doctrines and principles of the civil law.

As we will see, the case of Miner v. Gilmour, arising in a formerly French province, seems to have been a prominent inter-imperial legal encounter, with a British imperial court being tasked with applying French imperial law, the intertwining of French, British, and American legal discourses, and the product of this case affecting the development of the law throughout the British Empire. Yet this legal encounter raises a series of questions about the paradigm of inter-imperial encounters.

First is the problem of differentiating the inter-imperial from the transnational. The characterization of empires as ‘the critical sites where transnational social and cultural movements took place’ (Grant, Levine, Trentmann (eds), Beyond Sovereignty: Britain, Empire and Transnationalism, c. 1850-1950 (2007), p. 2) seems, at first glance, to fit quite nicely the history of water law as it developed in and around the case of Miner v. Gilmour. Yet, on further examination, as we will see, it becomes difficult to distinguish the encounter of legal norms and ideas in the French and British empires from the diffusion of laws between metropolitan France, Britain and the U.S.

Second is the question of intentionality. The paradigmatic inter-imperial encounter is one in which agents of empire actively and consciously seek out interaction with agents of other empires, then act, to some extent, in concert. Yet while legal developments may have proceeded in this manner in some cases, the inter-imperial encounter of water law norms examined in this series of posts departed somewhat from this model. The legal history presented here, while illustrating the inter-imperial development of one area of law, thus also calls into question the boundaries of the “encounters of empires” model.

The full series of posts is here.
Posted by David Schorr at 10:00 AM