In honor of zoning's 100th anniversary, John Nolon has been posting a multi-part series on the history of zoning at Land Use Prof Blog (see here at the bottom of the page). Some highlights from the first couple of posts (here and here) on the interplay between local, state, and national legislation:


Cities are not sovereign entities; they get their legal authority from the state. New York City’s zoning law, for example, was enabled by a 1914 act of the state legislature, which amended the City’s Charter to authorize it to control land use. Twenty state legislatures, plus the District of Columbia, followed suit by adopting some form of zoning enabling act by 1921.  In other states, many localities rushed to adopt zoning laws in the absence of state authority, risking invalidation due to their lack of legal authority. The need for enabling acts in all states and for a uniform and effective method of delegating control of land use to municipalities led to the promulgation of a model zoning enabling act by a national commission in 1922. 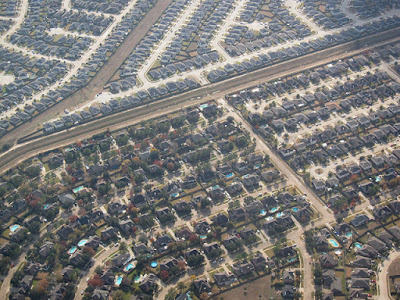 Although the federal government has limited power to regulate local land uses, it has an important role to play in enabling, guiding, and assisting local governments to exercise their delegated power wisely. Zoning’s story illustrates the powerful influence that the federal government can wield if it plays this facilitative role strategically.  In the case of zoning’s adoption, the story involves the federal Department of Commerce.

As Secretary of Commerce under presidents Harding and Coolidge in the 1920s, Herbert Hoover paved the way for the rapid adoption of zoning. Hoover noted “Our cities [do] not produce their full contribution to the sinews of American life and national character” and these “moral and social issues can only be solved by a new conception of city building.”  His response was to appoint two advisory committees: one to write a standard building code and another to draft model zoning and planning statutes to be adopted by the states, in their discretion.

The latter committee was called the Advisory Committee on City Planning and Zoning; it appointed a subcommittee on laws and ordinances, which produced a final draft of a 17-page enabling statute called A Standard State Zoning Enabling Act Under Which Municipalities Can Adopt Zoning Regulations (“SZEA”). The draft was released by the Commerce Department on September 15th, 1922. It contained nine sections, including the grant of zoning power to local governments; a provision that the local legislature could divide the city into districts, or zones; a statement of zoning’s purposes; the creation of a zoning board of appeals, and procedures for establishing, waiving, and amending those regulations. By the end of 1927, over half of the states had adopted some form of the SZEA.

The success of the SZEA paved the way for another act, A Standard City Planning Enabling Act (“SCPEA”), intended as a companion to the SZEA, which requires that zoning conform to a comprehensive plan. The SCPEA was to provide for the creation of such plans and to effect the coordinated and harmonious development of cities. It covered several major topics:

After its publication in 1928, the SCPEA was not as widely implemented by state legislatures as was the SZEA. Some felt that a city-wide zoning ordinance embodied a sufficient comprehensive plan and that a separate plan was not needed and then, of course, land development and land use planning largely ceased from the stock market crash in 1929 to the end of World War II in the mid-1940s.

I hope to post more of Nolon's blogging later. In the meantime, you might want to check out Rick Cole's critical view of Hoover's role at Citiwire:


Zoning is a legacy of Herbert Hoover. As Commerce Secretary, he championed the “Standard Zoning Enabling Act” to address “the moral and social issues that can only be solved by a new conception of city building.” In 1926, the Supreme Court upheld zoning to protect health and safety by “excluding from residential areas the confusion and danger of fire, contagion and disorder which in greater or less degree attach to the location of store, shops and factories.” The quite sensible idea that people shouldn’t live next to steel mills was used to justify a system of “zones” to isolate uses that had lived in harmony for centuries.

Under zoning, new neighborhoods were segregated by income, and commerce was torn asunder from both customers and workers. Timeless ways of creating great places were ruthlessly outlawed. The sprawl spawned by zoning spread from sea to shining sea.