After the formation of the Union of South Africa in 1910 the government department responsible for water governance, in terms of the Irrigation and Conservation of Water Act, No. 8 of 1912 went by the name of the Department of Irrigation. In 1956, when the Water Act, No. 54 of 1956, was passed its name changed to the Department of Water Affairs. The new legislation marked the beginning of a new era in South Africa’s water governance. The focus of the department shifted from irrigation infrastructure and bulk water governance responsibilities, to make an important contribution to the country’s social and economic development. Priorities of the day included the need for more comprehensive water infrastructure for industrial development; the greater demand for water in the country’s rapidly growing urban areas; and taking steps against the increasing threat of water pollution. In this paper the focus is on the way the department, in terms of the Water Act of 1956, responded to the policy of separate development (apartheid), but at the same time took a deeper and long-term view of the development of water infrastructure to be of value for the country and its people, beyond the shorter temporal view of the political leaders of the day. The period 1948–1960 can be seen as the first phase of apartheid (1948–1960). It was notable for the initial emergence of significant opposition amongst the country’s indigenous African people to the white minority government’s apartheid policies, but their struggle was subdued. This phase came to an end at a time when the rest of Africa was engaged in rapid decolonisation and South Africa became politically ostracised in the international arena. What is apparent is that the emergent hydraulic mission of industrialisation promoted unsurpassed development that was destined to have a marked effect on South Africa’s status as a modern state on the African continent. 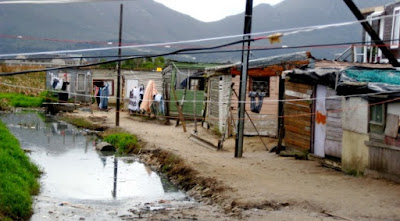