Public and private rights in waterways 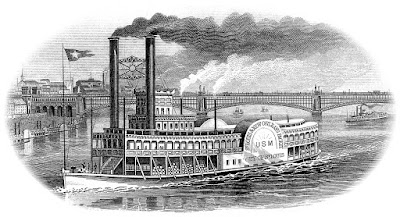 
Over the course of American history, state courts have eliminated property rights in waterways through a quirk of public trust law: declaring the water in question to be “navigable” makes it public property, while declaring it “non-navigable” leaves the water subject to private control. The historical record is flooded with examples of these declarations by state courts. While some navigability rulings have protected public rights in waters against irrational private claims, others have abused this peculiarity to seize private property to placate irate, and even violent, interest groups.

The scope of this authority to make navigability doctrine — especially whether it gives state judges the ability to change the definition of “navigability” once declared — is unclear. Current law fails to curb abuses of navigability doctrine and pays scant attention to constitutionally protected property rights. These issues are particularly salient today: prompted by large-scale water diversions, droughts, and fears of water shortages, twenty-first century litigants wishing to prevent water privatization are increasingly seeking new judicial declarations of “navigable” waterways.

This Article provides an original history and analysis of state-law navigability doctrine and the limitations that should be implemented. First, it shows how this unusual common-law authority was created and how state courts exercised it in two moments in history when water rights became vitally important: the explosion of American development in the mid-nineteenth century and the rise of the environmental movement in the mid-twentieth century. Building on this history, this Article argues that to avoid abuses while permitting reasonable exercises of judicial power, navigability must be viewed through a national constitutional lens. The Takings Clause and Due Process Clause — independently or in combination — can provide guidelines that permit evolution while safeguarding individual rights.

I'm not sure about this last part - how can we know if property was taken without reference to state court decisions about the limits of private rights? The history of expansive definitions of navigability is a long one, outside the US as well.

For more on public rights in navigable streams, see here and here.