Magna Carta and the environment


Much has been written recently on Magna Carta, now celebrating its 800th anniversary. Jill Lepore's piece at the New Yorker is good; the best is still Tony Hancock's 1959 take.

I was fortunate to attend the recent British Legal History Conference at the University of Reading, as part of which we made an excursion to the meadow at Runnymede where King John signed Magna Carta. The first environmental element in this story is a monument that was never erected at Runnymede, planned to honor William III. Apparently the reason it was not built was that the soft ground of the meadow would not have been able to support it.


Given the design, we should be thankful for that environmental constraint, but, as usual, the environment didn't get in the way of good ole American ingenuity. Runnymede is now a silly place, with a lot of memorials set up by Americans; the central one, erected by the American Bar Association, looks like a World War II memorial: 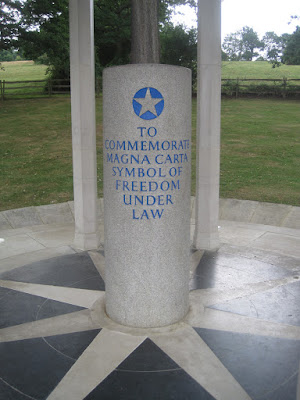 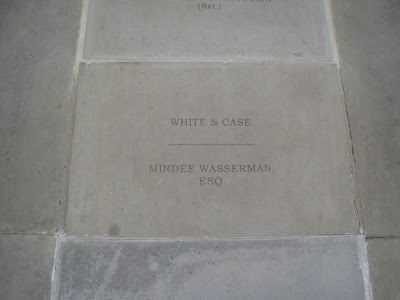 And the main British contribution to the site just might be a joke: 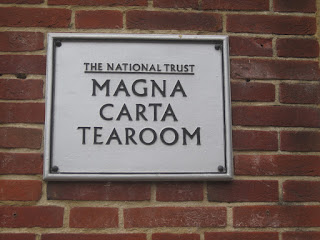 But enough about Runnymede. Magna Carta itself (here's an accessible English translation) has very little on liberty or what we would think of today as major constitutional issues, and a lot of esoteric clauses ranging from the colorful to the weird to the upsetting. And quite a bit on environmental-legal issues. Take clause 33: "All fish-weirs shall be removed from the Thames, the Medway, and throughout the whole of England, except on the sea coast." As Nicholas Vincent explains at the British Library's website, what's at issue here is the free navigation, or the public trust as we might call it today.

There's also quite a lot on forests, so much that later versions of the Charter had these clauses split off into a separate Forest Charter (full of interesting things like agistators, swanimotes, and the expeditating of dogs), with the remaining clauses denoted the "Great Charter", which is how we got the name Magna Carta. As the BL website explains:


In John’s reign, roughly a third of the country was royal forest, and the penalties imposed for forest offences were a major source of revenue for the king. One aim of the Forest Charter was to reduce the area of the royal forest by removing everything which King Henry II (chiefly blamed for the forest’s vast extent) had placed within it. The Charter also banned capital punishments for forest offences (such as poaching and hunting the protected deer), and exempted those having woods within the forest from fines for erecting buildings and creating new arable land.

The issues of forests and common rights continued to be a major one in English history for hundreds of years. So while Magna Carta has come down to us as an anchor of modern constitutional liberties, in history it was much more closely tied to feudal rights and issues that we would identify today as environmental.
Posted by David Schorr at 9:48 PM