The Most Ambitious Environmental Lawsuit Ever 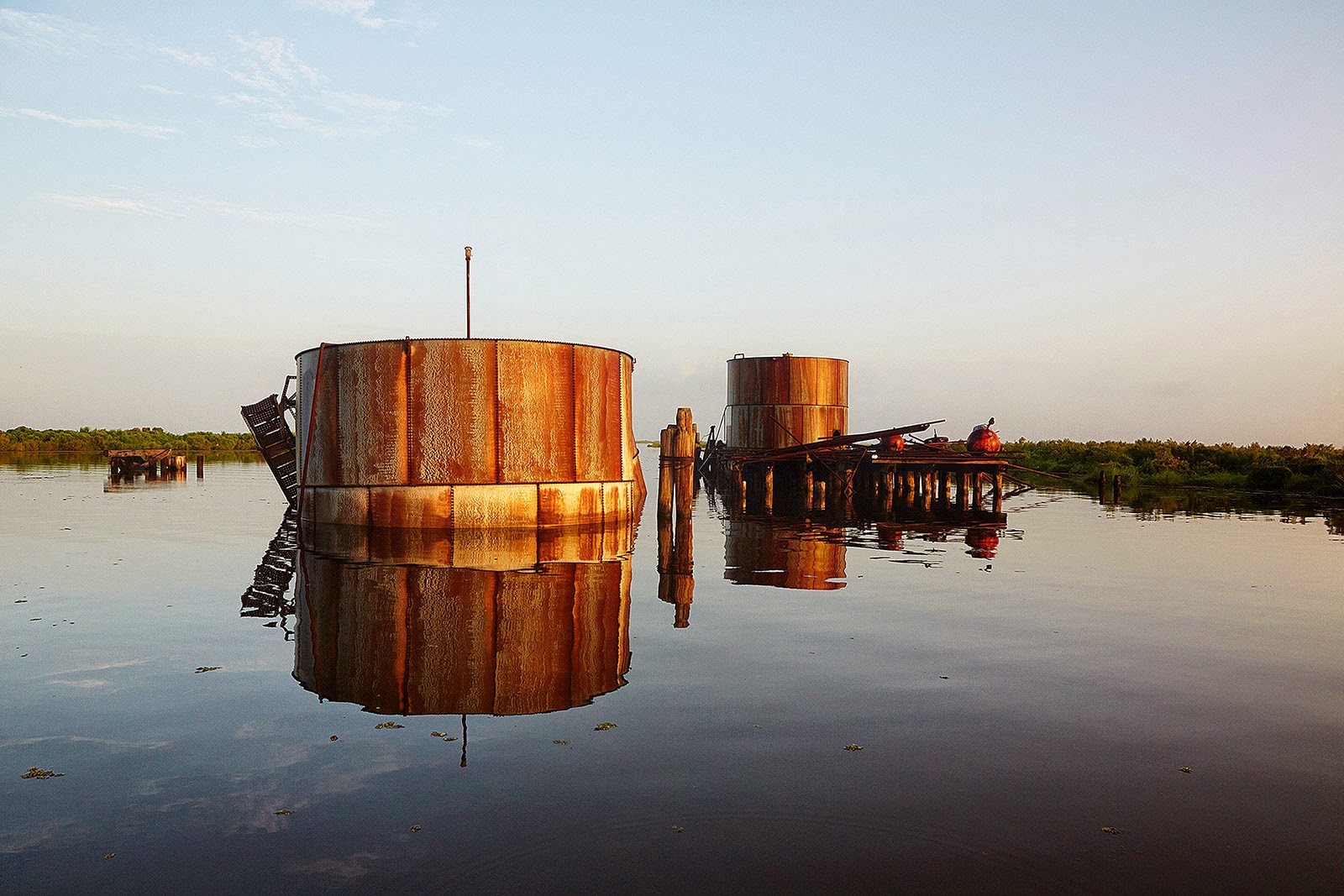 That's the title of a piece by Nathaniel Rich in the New York Times Magazine. Rich writes:


As the Mississippi shifted its course over the millenniums, spraying like a loose garden hose, it deposited sand and silt in a wide arc. This sediment first settled into marsh and later thickened into solid land. But what took 7,000 years to create has been nearly destroyed in the last 85. Dams built on the tributaries of the Mississippi, as far north as Montana, have reduced the sediment load by half. Levees penned the river in place, preventing the floods that are necessary to disperse sediment across the delta. The dredging of two major shipping routes, the Mississippi River Gulf Outlet and the Gulf Intracoastal Waterway, invited saltwater into the wetlands’ atrophied heart.

Beneath the surface, the oil and gas industry has carved more than 50,000 wells since the 1920s, creating pockets of air in the marsh that accelerate the land’s subsidence. The industry has also incised 10,000 linear miles of pipelines, which connect the wells to processing facilities; and canals, which allow ships to enter the marsh from the sea. Over time, as seawater eats away at the roots of the adjacent marsh, the canals expand. By its own estimate, the oil and gas industry concedes that it has caused 36 percent of all wetlands loss in southeastern Louisiana. (The Interior Department has placed the industry’s liability as low as 15 percent and as high as 59 percent....)

The oil and gas industry has extracted about $470 billion in natural resources from the state in the last two decades, with the tacit blessing of the federal and state governments and without significant opposition from environmental groups. Oil and gas is, after all, Louisiana’s leading industry, responsible for around a billion dollars in annual tax revenue. Last year, industry executives had reason to be surprised, then, when they were asked to pay damages. The request came in the form of the most ambitious, wide-ranging environmental lawsuit in the history of the United States. And it was served by the most unlikely of antagonists, a former college-football coach, competitive weight lifter and author of dense, intellectually robust 500-page books of American history: John M. Barry.

The article goes on to detail the dramatic background to the lawsuit, constitutionally questionable political efforts to kill it in the Louisiana legislature, and Barry's place in all this. Worth a read.
Posted by David Schorr at 12:31 PM