What makes for a successful environmental campaign?

Over at Legal Planet Jonathan Zasloff asks, "Why Did the Mono Lake Campaign Succeed?": 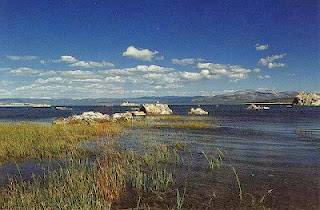 Environmentalists celebrate the campaign to save Mono Lake as one the iconic triumphs in US environmental history.  As well they should.  But why did it succeed?  It’s a critical question not just for environmentalists, but for any scholar or member of social movements.

After positing his own hypothesis--the identity of the adversary (in the Mono Lake case, the LA Department of Water and Power), and discussing the explanation given by Marshall Ganz for the success of Cesar Chavez's United Farm Workers' movement, Zasloff asks readers:


Which failed environmental movements, particularly of the 70′s and early 80′s, might form a useful comparison case for Mono Lake?  The time period is crucial, in my view: this was a good time for environmental politics, especially in California, so to make the comparison fair, one has to get the time right.  Moreover, it should relatively discrete: you can’t make good comparisons between Mono Lake, and, say, “water quality” or “oceans.”  it would be best to find another campaign to save, well, a like, but that’s hard: maybe a relatively discrete species.

So what about it?  What’s a good comparison?  And what can we say about why it failed?