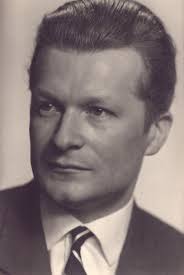 January 6 saw the passing of Wolfgang Burhenne, a key figure in post-war German and international environmental law, at age 92.

A review by Tracy Mehan in the Environmental Forum earlier this year tells explained that Burhenne spent much of World War II imprisoned by the Nazis for aiding the resistance. Then, after the war:


through an unpaid engagement with a hunting club, he eventually obtained employment with the hunting administration of the Free State of Bavaria. There he became involved in hunting legislation. And so his passion became the preoccupation of his professional life. Hunting shaped his ideas on sustainability, i.e., “use natural resources in a way that allows full recovery.” “Sustainable use is a principle I have always known from hunting,” maintained Burhenne.

Burhenne and his second wife, Françoise, were “directly involved in nearly all major international conventions concerned with conservation over the past 25 years, and the development of the World Conservation Union (IUCN) Environmental Law Center in Bonn,” as described by the United Nations Environment Program when awarding them the UNEP International Environmental Prize in 1991. “No two people have done more to strengthen the position of international and national environmental law as a fundamental element of environmental management,” according to the citation....

Wolfgang Burhenne was a highly successful policy entrepreneur and the node connecting several nongovernmental organizations and foundations, some of which he basically created from scratch. His wife provided the intellectual ballast while he forged the alliances, negotiated the treaties and raised the money. Together they worked on countless drafts and treaties that are the foundation of much of international environmental law, among them the 1973 Convention on International Trade in Endangered Species of Wild Fauna and Flora (CITES), the 1979 Convention on the Conservation of Migratory Species of Wild Animals, the 1982 UN World Charter of Nature, the 1985 ASEAN Agreement on the Conservation of Nature and Natural Resources, and the 1992 Convention on Biological Diversity.

He established one of the largest environmental law libraries in the world, ECOLEX, which is based in Bonn. He founded the International Council of Environmental Law, now an association of over 300 elected persona hailing from 10 statutory regions covering the world. Burhenne served in an executive function every year since its beginning.

In 1973 the IUCN established the Environmental Law Center in addition to the Law Commission. Françoise became its head. There she kept a technical focus on information management, advisory services, and drafting law and policy instruments.

It is a tribute to Wolfgang Burhenne’s drive and political acumen that he was a founding father of international environmental law without ever having attended law school. He appreciated the importance of the rule of law and wanted to extend the concept globally.

Closer to home, in Burhenne’s beloved Alpine environment, where he hunted and vacationed, he played a critical role in establishing a multi-national approach to protecting its sensitive environment. His work of many years culminated in the Alpine Convention, the first convention for protection of a mountain region in the world. Austria, the European Union, France, Germany, Italy, Liechtenstein and Switzerland all signed on. It entered into force in 1995.