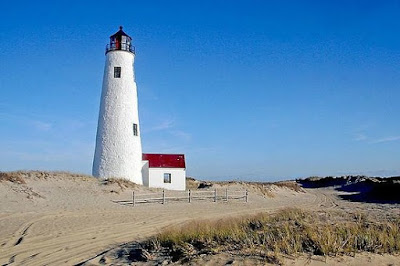 G. Edward White recently posted "Law on Nantucket", a rumination on the ways people have written about the island and its law. The essay concludes (note in the original):


Underneath Nantucket’s beauty, benign atmosphere, and apparently paradisial prospects lay, as all islanders knew and visiting mainlanders quickly understood, its environmental fragility. [note: Despite what would seem to be the foundational status of environmental law on Nantucket, I have been unable to find any sustained scholarly analysis of the topic.] The consequences of human and natural pressure on the earth, now thought of as mainly occurring over vast stretches of time, seemed telescoped in Nantucket’s natural history. Its native tribes had so few competitors to their hunting, fishing, and environmental activities that Nantucket’s original jack pine and spruce forests were quickly decimated, its codfish supply dramatically reduced, and its wild animal population, never vast, adversely affected by the domestic animals brought by the English, all in a century or two. The island’s constant exposure to the Atlantic ocean, coupled with climate change, resulted in ponds disappearing, bays changing course, and cliffside areas becoming flat beaches in the lifetimes of individual inhabitants. Erosion of the Nantucket shoreline, because the eroding force is the huge, volatile, and seemingly whimsical North Atlantic, has been constant and at times dramatic. The moist soil that spawned cranberry bogs on the island alternately dried up or was flooded over decades, not eons. Ancient places of spiritual significance, or hills with breathtaking prospects, disappeared over time as the topography of the island appeared to constantly change. Today homes and paths on seaside cliffs are in danger of falling into the ocean; there are numerous natural preserves being safeguarded from human invasion; and the areas where aspiring non-resident owners can buy property are shrinking. And in the winter of 2014-15 islanders received a possible vision of the future: a massive blast of winter air and violent ocean conditions that destroyed some beaches on the island’s north shore.

So the interaction of law with the environment is now the best way of rendering what law on Nantucket now is. That is not to say that most lawyers on Nantucket gravitate to environmental work, or even that much of the environmental law and policy affecting residents is actually generated on the island. It is to say something different: that the place which Nantucket is – an island with a unique topography, paleontology, archaeology, and social and economic history – is now a place where law is all about the environment. Nantucket is a case study, writ small, of humans’ ability to coexist with and to profit from, but also to destroy and to be threatened by, the natural world. It is a place that cries out for law, and at the same time a place that illustrates the limits of law. Small wonder that people write about it.