Irus Braverman recently posted "Conservation and Hunting: Till Death Do They Part? A Legal Ethnography of Deer Management". The abstract:


Claims that hunters are exemplar conservationists would likely come as a surprise to many. Hunters, after all, kill animals. Isn’t there a better way to appreciate wildlife than to kill and consume it? Yet there is no mistake: wildlife managers frequently make the claim that hunters, in the United States at least, are in fact some of the greatest conservationists. This article explores the complex historical and contemporary entanglements between hunting and wildlife conservation in the United States from a regulatory perspective. Such entanglements are multifaceted: hunting provides substantial financial support for conservation and hunters are the state’s primary tools for managing “big game” populations. Additionally, many wildlife officials are themselves hunters, and wildlife management programs are often geared toward the interests of hunters. Statutes, regulations, and governmental policies have been set in place that both reflect and reinforce this intimate relationship. This article draws on seven in-depth, semi-structured interviews, mainly with government wildlife managers, as well as on my own participatory observations accompanying a wildlife manager on a hunting trip, to trace the interconnections between hunting and conservation and the detailed regulatory regimes that have emerged around them. The management of the white-tailed deer in New York State will serve as a case study for these explorations of how American wildlife officials think about, and practice, their work of governing wildlife hunting. 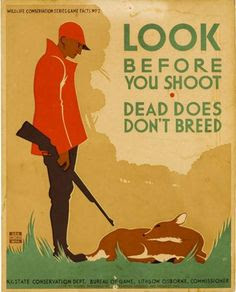