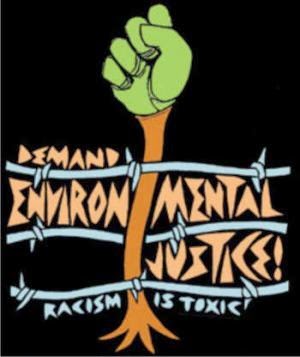 
The Environmental Justice Movement, because of its controversial stances on race, class, and the environment, and its skepticism about the goals and objectives of mainstream environmentalism, is playing a historic role in reintroducing "equity" into the public and academic debate over environmental policy. Equity, however, has been transformed into "environmental justice," with a particular focus on the traditional American underside caught beneath the wheels of an avaricious economy. From the historian's vantage point, this is but one aspect of a larger issue-an issue already addressed broadly by philosophers, as well as by social scientists-especially sociologists and economists-concerned mainly with distributional effects.

Clayton Koppes has suggested another approach to addressing the equity issue in his article, "Efficiency, Equity, Esthetics: Shifting Themes in American Conservation" (1988). Koppes argued that three ideas dominated the American conservation movement in the Progressive Era: efficiency (management of natural resources); equity (distribution of the development of resources rather than control by the few); and esthetics (the preservation of nature free from development). Of the three, efficiency held the greatest sway. Supporters of the" gospel of efficiency" -proponents of applied science and environmental management-did not want to undermine development per se, but questioned short-term private gain at the expense of long-term public benefit. Although this view was not wildly popular among all capitalists, it certainly was less threatening than strict preservationism.

Koppes argued further that for many conservationists of the Progressive Era, "efficiency was not enough; they were also concerned for greater equity." In this context,' equity' implies that natural resources remain in public control so that their benefits could be distributed fairly. "The equity school," Koppes stated, "saw wise use of the environment as a tool to foster grass-roots democracy." By the 1960s, the efficiency school remained dominant, the esthetic school at least had successfully protected the national park system, but the equity branch wallowed. Without grass-roots organizations to press for change-and with resistance to redistributive efforts at every tum-equity moved little beyond the conceptual stage.