Over at Legal Planet, Dan Farber recently blogged on Jonathan Cannon's Environment in the Balance: The Green Movement and the Supreme Court (Harvard UP, 2014). Farber writes: 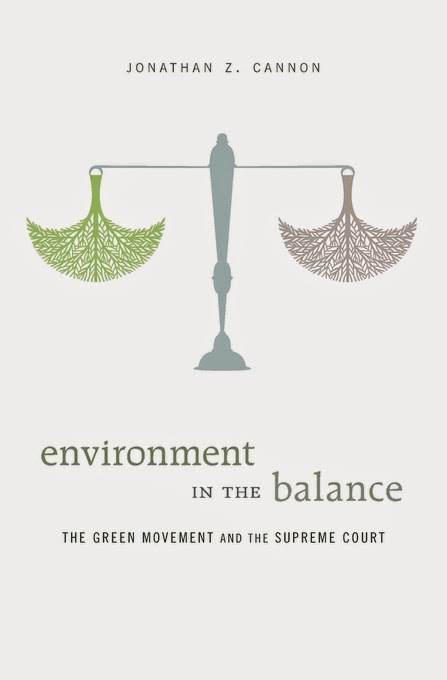 Views on environmental issues are related to broader culture differences.  According to social scientists, environmentalists tend to be egalitarian, believe in harmony with nature, and stress responsibility over autonomy.  Their opponents, who are skeptical about regulation, tend to favor traditional hierarchies, believe in human mastery of nature, and stress autonomy over responsibility. Jon Cannon’s new book, Environment in the Balance, extends this theory to the Supreme Court, with illuminating results.

Farber goes on to explain how Cannon's book shows how this cultural divide has played out in the US Supreme Court with regard to a couple of legal issues.


Jonathan Z. Cannon demonstrates that from the 1960s onward, the Court’s rulings on such legal issues as federalism, landowners’ rights, standing, and the scope of regulatory authority have reflected deep-seated cultural differences brought out by the mass movement to protect the environment. In the early years, environmentalists won some important victories, such as the Supreme Court’s 1973 decision allowing them to sue against barriers to recycling. But over time the Court has become more skeptical of their claims and more solicitous of values embodied in private property rights, technological mastery and economic growth, and limited government.