Dave Owen at Environmental Law Prof Blog posted last week on a US Department of Energy pamphlet with a map showing existing dams with untapped potential to produce power. I was intrigued by the fact that most of the dam sites, especially the ones with greatest potential, are in the Mississippi Basin, not out west. According to an article from E&E that Dave sent me, one factor behind the dearth of hydropower in the East is that the Army Corps, who built the eastern dams, historically wasn't interested in this aspect of dam-building. An interesting reminder on the major environmental effects of factors like which agency gets charge of which projects, and how those agencies view their missions. 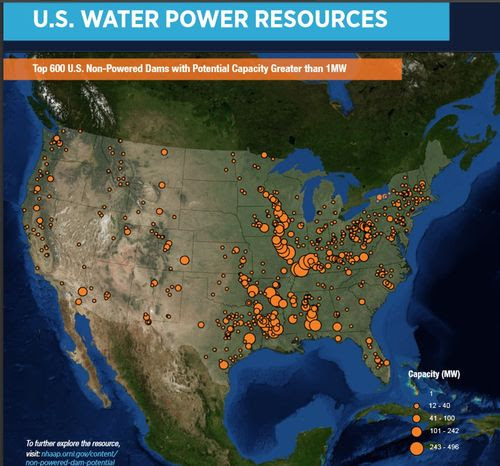