Dan Farber recently blogged at Legal Planet on what has changed in environmental law since the first edition of his casebook, published in 1981:


Some changes were less than expected. Given Reagan’s election, it seemed likely that we would see some major statutory modifications if not repeals. But that didn’t happen. In fact, looking at that book, I realize that there have been only a handful of significant statutory changes. CERCLA, the Superfund law, wasn’t passed until just after the election by the lame duck Congress. Congress passed minor statutory revisions in the 1980s and a big amendment to the Clean Air Act in 1990 that mostly strengthened it. It also passed a statute just a couple of years ago helpfully revamping the Toxic Substances Control Act. Even in 1980, it was clear to us that the original version was a botched job.  With those exceptions, the statutes now are pretty much the same as they were back then. 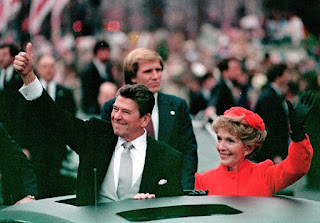 Even though the statutes are the same, there have been a massive number of new regulations and court decisions. In 1981, we were able to cover both the Clean Air Act and the Clean Water Act in just over a hundred pages of fairly large print. In the latest edition with Ann Carlson, covering those statutes takes 170 pages in much smaller print. (The next edition will add one more co-author, William Boyd.) In 1980, we could excerpt just about every Supreme Court environmental case, but now there are too many. And of course, there’s CERCLA now. Despite dropping an important topic (public lands) and having smaller print, the latest edition is over 200 pages longer.

The 1981 edition was ahead of its time in one way: there was a separate chapter on energy and the environment. The amount of pride that I can take in that is dimmed, however, by the fact that we dropped that chapter very soon thereafter and redistributed the contents to other chapters. People had lost interest in energy issues at that point.

There are some issues that the first edition touches on that now have receive much more attention. One is cost-benefit analysis. The first edition was written before Reagan’s executive order mandating cost-benefit analysis and review of all regulations by the White House’s Office of Information and Regulatory Affairs. But we did devote a bit of attention to the topic nonetheless.

We also included a couple of paragraphs about climate change, but that’s about it. Of course, it was not until 25 years later that the Supreme Court gave EPA the go-ahead to deal with the issue. Some people in the legal and policy world already realized in 1980 just how big that issue was. But I wasn’t one of them, or at least, I didn’t see any real legal issues as opposed to policy issues.

The other thing that strikes me about the 1981 edition is the political setting. In 1980, conservatives were attacking environmental regulation and liberals were defending it. So, too, in 2018. It’s a bit depressing how little progress we’ve made on that front – though on the bright side, we haven’t lost ground either.