The conservative as environmentalist 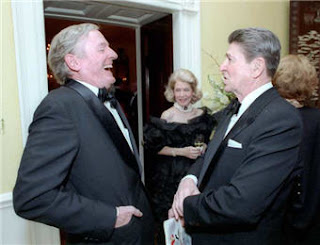 Today, we often think of conservatives as opposed to environmental regulation. Yet it has not always been so. Conservative icons like William F. Buckley and Barry Goldwater took vigorous public stands in favor of environmental protection. Ronald Reagan championed protection of wilderness when he was governor of California and oversaw the creation of the state’s pollution control agency. He shifted to an anti-regulatory stance in the early years of his presidency, but then shifted again to a more moderate position. Few people know that he personally championed the international ozone agreement and signed a law to require planning for possible climate change. Even today, there are important conservative voices advocating environmental initiatives such as a carbon tax.