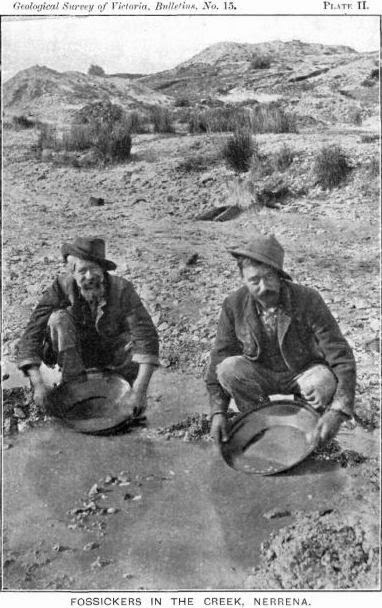 Water law in Victoria has its origins in arrangements made during the gold rush to satisfy the needs of miners and towndwellers on the goldfields. Rights of access to water and diversion practices were worked out in the peculiar circumstances of the new colony during the 1850s and 1860s, where economic and social conditions were transformed by the discovery of gold. Miners needed abundant, reliable supplies of water to wash gold from the earth and to power steam engines and processing machinery. Laws regulating access to water, however, were poorly defined during this period, with a mix of English common law and American legal doctrine drawn on and adapted to local conditions. This was in response to disputes that quickly emerged over the nature and scale of water diversions, priority of access and the sale of water rights. Conflict was exacerbated by the highly variable nature of rainfall in Victoria and frequent dry seasons which often disrupted mining activity. Out of this confusion, colonial officials gradually fashioned rules to regulate access to water. The State asserted increasing authority over the distribution of water in this period, laying the foundations for the effective public ownership of water rights by the 1880s. The Victorian experience provided leadership in establishing water regulations which the other Australian colonies later followed.